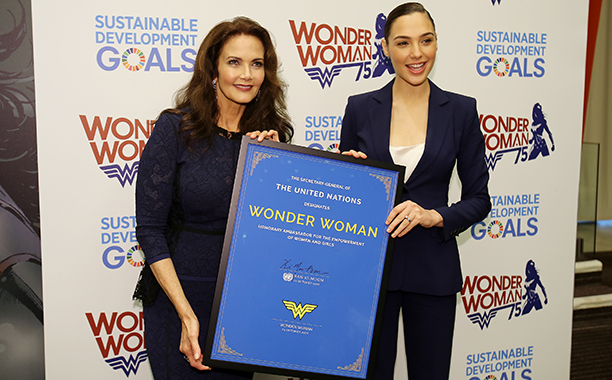 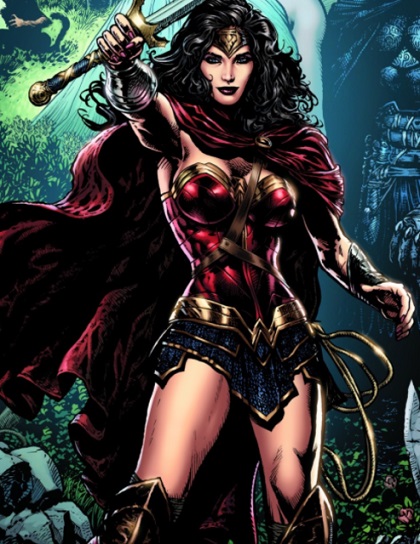 Last Friday, October 21, 2016, the United Nations hosted an event celebrating Wonder Woman’s new position as a UN Honorary Ambassador for the Empowerment of Women and Girls. Held in conjunction with Wonder Woman’s 75th anniversary, a couple of Wonder Women were at the event.

Lynda Carter, who played the superheroine in the long-running 1970s TV show, and Gal Gadot who debuted as Wonder Woman in Batman v Superman: Dawn of Justice and will play her in Wonder Woman and Justice League in 2017, were both at the special ceremony. They were joined by Wonder Woman director Patty Jenkins and DC Entertainment President Diane Nelson.

Wonder Woman’s image will be used to raise awareness of gender-based issues through the UN’s sustainable development goal number five.

The ceremony was the first time that Gadot and Carter appeared together. They both spoke at the ceremony about Wonder Woman’s impact on pop culture and society and also shared how proud they are to represent her.

“In some magical and mystical way, there lies within each of us Wonder Woman,” Carter said while addressing the audience. “She is real. She lives and she breathes. I know this because she lives in me, and she lives in the stories that these women tell me, day in and day out. I see it in the letters and in the stories. I read it on social media. I see it in the tears that fall from the eyes of the women who say it saved them from some awful thing that they endured — because they saw that they could do something great.”

Gadot even gushed about meeting Carter.

“How awesome is she?” Gadot said in an Entertainment Weekly interview. “And I do think she should be the president of the United States. She is fantastic, and after knowing her even for a little bit from this morning, it makes so much sense that she was the first one to embody this iconic character because she is the character in flesh. She is strong and inspiring and loving and good and smart and confident, and the list goes on and on.”

Carter talked about being cast as the heroine and how her popularity has endured since Elizabeth Holloway Marston and William Moulton Marston created her.

“This was a monumental thing, for at the time, there were very few women holding their own shows in television,” Carter said. “They didn’t think a woman could hold a television show. We started getting letters and phone calls, and I started hearing stories. This miracle of an idea that came from a 48-year-old woman named Elizabeth started to have an influence in some girls’ and women’s lives. That was when Wonder Woman became flesh. This idea became a reality, and the ‘she’ became ‘we.’”

Jenkins even stated that she’d like to see Gadot and Carter onscreen together.