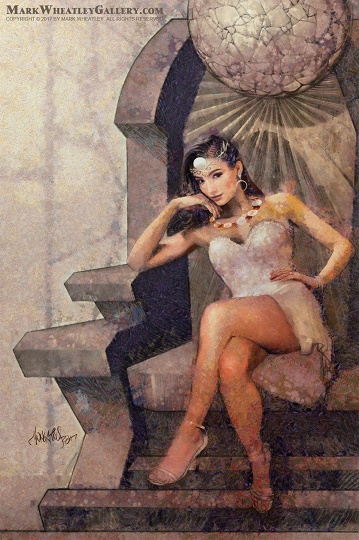 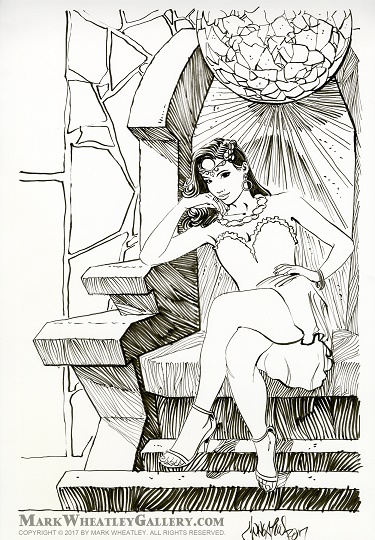 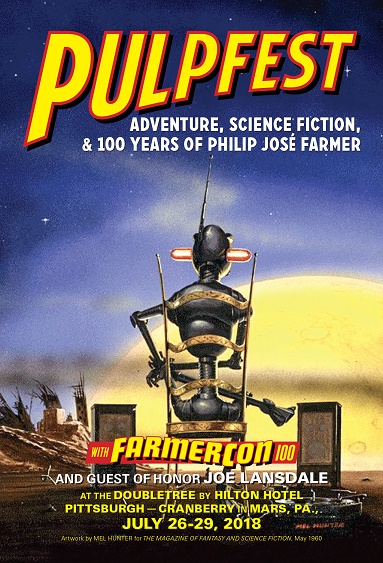 During this summer’s PulpFest, celebrated artist Mark Wheatley will have an art show of the originals for the new Edgar Rice Burroughs book. This rare gallery showing is the first exhibition at PulpFest, held in conjunction with the convention.

The show will feature Wheatley’s creative array of artwork for the new Swords Against the Moon Men novel by Christopher Paul Carey. PulpFest will run from Thursday to Sunday, July 26-29, 2018 at the DoubleTree by Hilton Hotel Pittsburgh-Cranberry.

Wheatley is an acclaimed writer-artist whose credits include the Breathtaker graphic novel, Mars series, Blood of the Innocent miniseries, and Lone Justice graphic novel series, among other projects. Within the Burroughs Bibliophiles, he has illustrated or painted covers for The Burroughs Bulletin, The National Capital Panthans Journal, and Edgar Rice Burroughs: The Second Century.

He worked with frequent collaborator Marc Hempel to create Tarzan the Warrior and produced many Tarzan comics for Semic International, published by Malibu. Two new Wheatley illustrated Philip José Farmer books, Tarzan and the Dark Heart of Time and The Philip José Farmer Centennial Collection, will be released during PulpFest 2018.

He has also painted covers for The Spider: Satan’s Murder Machines by Norvell W. Page, Amazon Nights by Arthur O. Friel, and adapted the Spider into a graphic novel and followed that with his own pulp-inspired Frankenstein Mobster. Other pulp work includes the Rick Ruby series, and Doctor Cthulittle, his own project in collaboration with G.D. Falksen. Copies of Doctor Cthulittle and several of his other pulp projects will be available at PulpFest.

Swords Against the Moon Men is part of the new “Wild Adventures of Edgar Rice Burroughs” series published by Edgar Rice Burroughs, Inc. In the project, which is conceived from Burroughs’ Moon novels, Christopher Paul Carey expands on the original series and adds some of Burroughs’ other series while staying true to the established lore.

“This was a great project to be a part of, and I can’t wait for everyone at PulpFest to see the art from it. As a long-time Burroughs fan, I can tell you that Christopher is an excellent author, very much to my taste. If I had any problem illustrating this book, it was that I was limited to 18 pages of illustrations, and Christopher easily had a hundred great scenes in his manuscript!” Wheatley said.

Wheatley drew and painted the illustrations for the book using a combination of traditional and digital media. “I’ve been painting in Photoshop for over a decade, but I still prefer to draw in ink. So I rough out my composition in Photoshop, print that and ink over it, scan that back into the computer and paint!” he said.

The inked originals will be framed and presented alongside high quality, full size Giclée prints of the digital paintings. Art lovers will get to see the entire set of illustrations for the book in one place. This was made possible because a single collector bought all of the art for the book and is allowing it to be shown in public.

“I have had my art displayed in museums across the country, but sharing my art with pulp fans is connecting with my own clan. And there is nothing better than that!” Wheatley concluded.