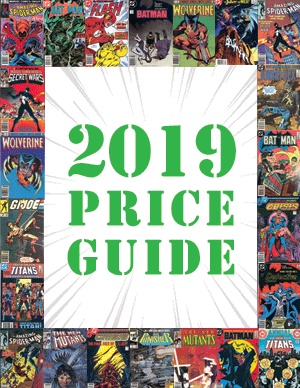 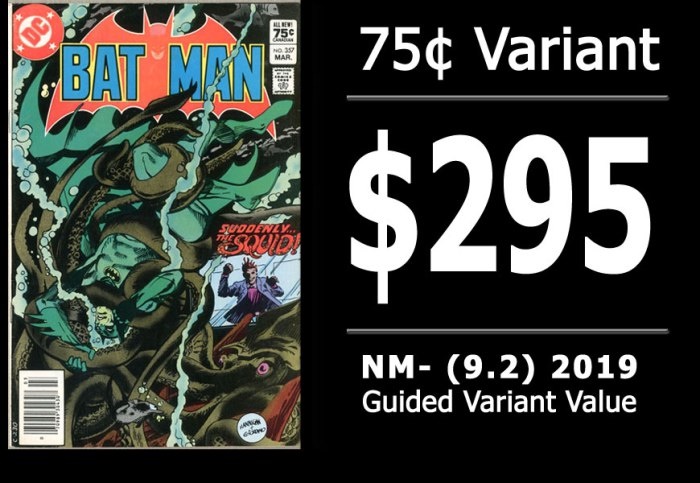 In 2010, historian and Senior Overstreet Advisor Jon McClure introduced the term “Type 1A Price Variant” in his article “A History of Publisher Experimentation and Variant Comic Books” in The Overstreet Comic Book Price Guide #40.

In 2017, McClure, fellow Senior Overstreet Advisor Doug Sulipa, Overstreet Advisors Bill Alexander and Paul Clairmont, and historian Angelo Virone, in collaboration with Benjamin Nobel of the Rare Comics Blog, released their first price guide focused on a key subset of Type 1A price variants. The team has grown this year to include Overstreet Advisor and Shuster Award winner Walter Durajlija. They have announced the release of a new edition, The 2019 Price Guide for 1980s Marvel & DC Newsstand Canadian Cover Price Variants (Type 1A).

McClure stated that he predicts Type 1A variants will be next to enjoy that visibility with collectors. Their niche price guide will cover 3,800 Marvel and DC issues of variants.

Canadian Newsstand Cover Price Variants were their bestselling variants, according to Sulipa. He went on to state that they sold over 50 graded and over 600 raw copies with popular titles and keys reaching significant prices.

“Demand for them continues to grow at an accelerated rate, with many record-breaking sales taking place in 2018,” Sulipa said. “In record numbers, collectors are learning about the scarcity and appeal of this type of price variant. The new labeling change by CBCS to denote them as price variants is sure to accelerate this demand even further.”

“Having the opportunity to play a role in creating this guide and working with such an incredible group of collaborators has been the absolute highlight of my participation in our great hobby,” Nobel said. “With expanded coverage of titles and new features this year such as our ‘Market Reports & Articles’ section, I am incredibly proud to share the 2019 edition of our guide online, with the rapidly growing community of collectors who recognize this type of variant as an exciting way to collect the 1980s.”

Comic collectors can view the new 2019 edition at rarecomicsblog.com.