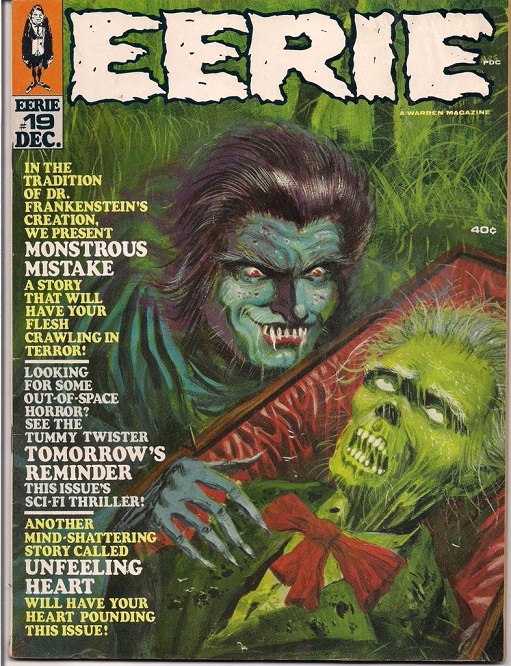 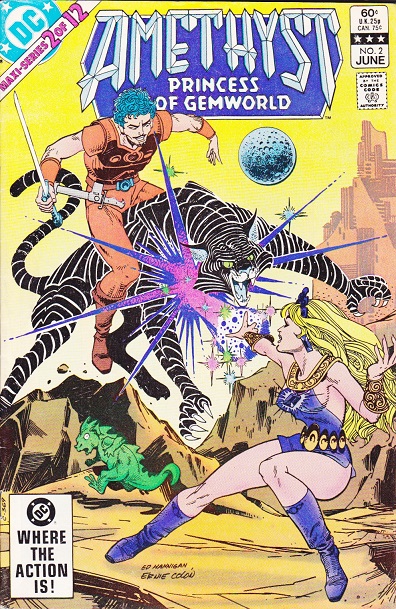 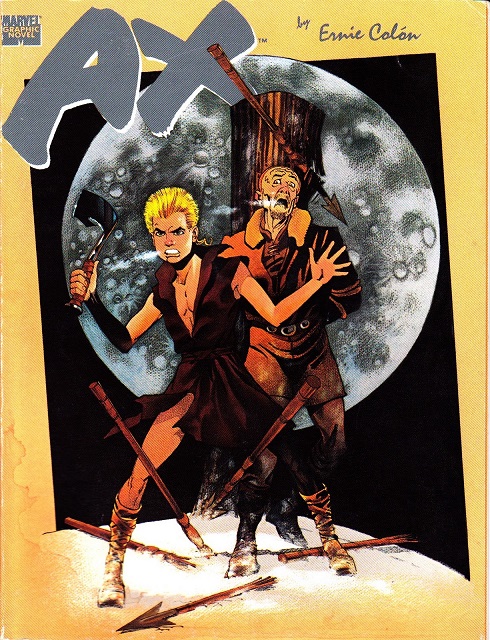 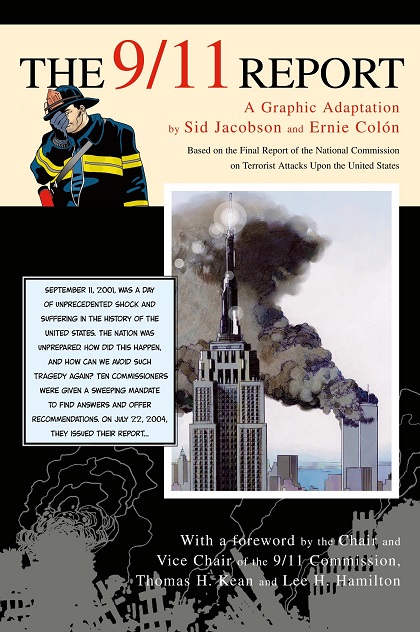 Comic book artist Ernie Colón, known for a wide range of work in comics, horror, and nonfiction, passed away on Thursday, August 8, 2019. He was 88 years old.

Colón was born on July 31, 1931 in Puerto Rico and raised in the US. His professional career began as a letterer at Harvey Comics where he met Sid Jacobson, who became his editor and frequent creative partner. Colón worked as an uncredited artist on Richie Rich and Casper the Friendly Ghost. His earliest work included penciling and inking the story “Kaleidoscope of Fear” in Wham-O Giant Comics #1 (April 1967) and he drew a few issues of Gold Key Comics’ Doctor Solar, Man of the Atom #24-26 (July 1968-January 1969).

Colón did a lot of work for Warren Publishing’s horror comics magazines like Creepy, Eerie, and Vampirella. In 1979, he worked with writer Roger McKenzie on Battlestar Galactica adaptations for Marvel.

For DC Comics, he and writer Roy Thomas co-created the historical fantasy Arak, Son of Thunder, who was introduced in The Warlord #48 (August 1981). In 1983 he co-created Amethyst, Princess of Gemworld with writers Dan Mishkin and Gary Cohn, who was introduced in The Legion of Super-Heroes Vol. 2 #298. Colón was an editor at DC from 1982 to 1985, overseeing titles like The Flash, Green Lantern, Wonder Woman, Arion, and Lord of Atlantis.

Some of his art credits for other publishers included Grim Ghost for Atlas/Seaboard, Airboy for Eclipse, and Magnus: Robot Fighter for Valiant. At Marvel, he provided art for Damage Control and Doom 2099 and he also wrote, drew, colored, and lettered the sci-fi graphic novel Ax (1988).

In the late 1980s, Colón penciled the Bullwinkle and Rocky series for Star Comics, a Marvel imprint. Then in the early 1990s, he returned to Harvey with Jacobson to work on Monster in My Pocket and Ultraman. From 2005 to 2007, he drew the weekly comic strip SpyCat for Weekly World News.

Colón and Jacobson created the graphic novel The 9/11 Report: A Graphic Adaptation (August 2006) based on the September 11 Commission Report and followed it with After 9/11: America’s War on Terror in August 2008. A year later they created A Graphic Biography: Che and in 2010, the pair collaborated on Anne Frank: The Anne Frank House Authorized Graphic Biography.

In 2014, Colón illustrated The Great American Documents: Volume 1, written by Ruth Ashby, and also worked with writer Dan Mishkin on The Warren Commission Report: A Graphic Investigation Into the Kennedy Assassination.