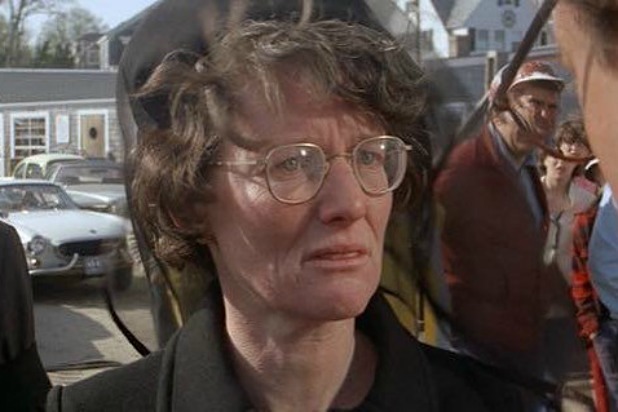 Lee Fierro, the actress best known for playing Mrs. Kintner in Jaws passed away on Sunday, April 5, 2020 of complications from the coronavirus. She was living at an assisted living facility in Ohio when she died from COVID-19 at 91 years old.

Novelist Nicki Galland stated that Fierro “was tickled by [her cult film notoriety]. She found it really entertaining. She would say, ‘If you told me that’s what I’d be known for, I wouldn’t believe it.’ She had no screen training. She trained as a theater actor.”

She reprised the role in 1987 for Jaws: The Revenge, opposite Michael Caine.

“The one word I would think of when I think of Lee is dedication. I’ve watched her as a performer, director and businesswoman and then we became friends. She was my teacher and mentor,” according to Kevin Ryan, artistic director and board president for Island Theatre Workshop, a program Fierro supported during her 40-plus years living on Martha’s Vineyard.

As part of the Island Theater Workshop, Fierro likely taught over 1,000 students and directed more than 100 live productions.