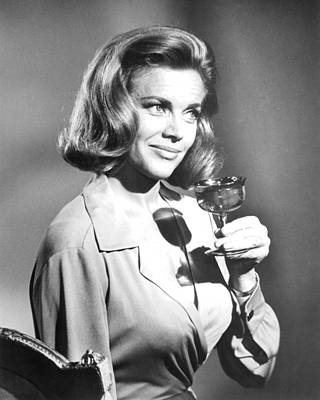 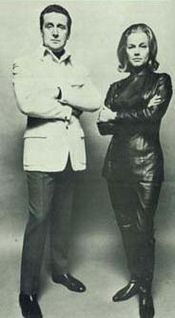 Honor Blackman, an actress best known for her role as the Bond girl Pussy Galore in 1964’s Goldfinger, has passed away. She was 94 years old.

Blackman was born in Plastiow, a district in east London. On her 15th birthday, she was gifted acting lessons by her parents, at which point she began training at the Guildhall School of Music and Drama. Following her graduation from the school, she began understudying in The Guinea Pig, a play at the West End. Her film debut came in 1947’s Fame Is The Spur in a non-speaking role.

In 1962 she made her debut as Cathy Gale in The Avengers, a British espionage show. Blackman appeared opposite Patrick Macnee, who played the role of John Steed. The Cathy Gale character was one of Steed’s first assistants in the series; she appeared as a confident anthropologist who happened to also be skilled in judo and typically wore leather, giving her a distinct and memorable appearance. The character quickly became popular due to how she broke the mold at the time.

Blackman recorded the song “Kinky Boots” with Macnee in 1964, which became somewhat of a hit many years later on a rerelease, reaching the top 10 of the British Singles Chart in December 1990. The song was just 1 minute and 37 seconds long. Blackman later released a full album, Everything I’ve Got, by the end of the ‘60s.

Her popularity through The Avengers led Blackman to being cast as Pussy Galore, to star opposite Sean Connery in Goldfinger. At 38 years old, she was one of the oldest actresses to portray a Bond girl, and her martial arts abilities actually led the film’s writers to rework certain elements to showcase those skills.

Other notable roles throughout the ‘60s included appearances in films like Life at the Top, Shalako, and Jason and the Argonauts, and she continued to appear in movies for many years, in Something Big, Bridget Jones’s Diary, and many more.. She also continued to act on stage, appearing in the 1981 London revival of The Sound of Music and touring in the mid-aughts in a production of My Fair Lady. On television she notably appeared in the 1986 Doctor Who episode, “Terror of the Vervoids,” which was part of the larger serial The Trial of a Time Lord. She could also be seen in Midsomer Murders, Orpheus in the Underworld, The Verdict, and many others.

In a statement released to The Guardian, her family said, “As well as being a much-adored mother and grandmother, Honor was an actor of hugely prolific creative talent; with an extraordinary combination of beauty, brains and physical prowess, along with her unique voice and a dedicated work ethic, she achieved an unparalleled iconic status in the world of film and entertainment and with absolute commitment to her craft and total professionalism in all her endeavours she contributed to some of the great films and theatre productions of our times.”