Walking Dead: The World Beyond Trailer Crawls In 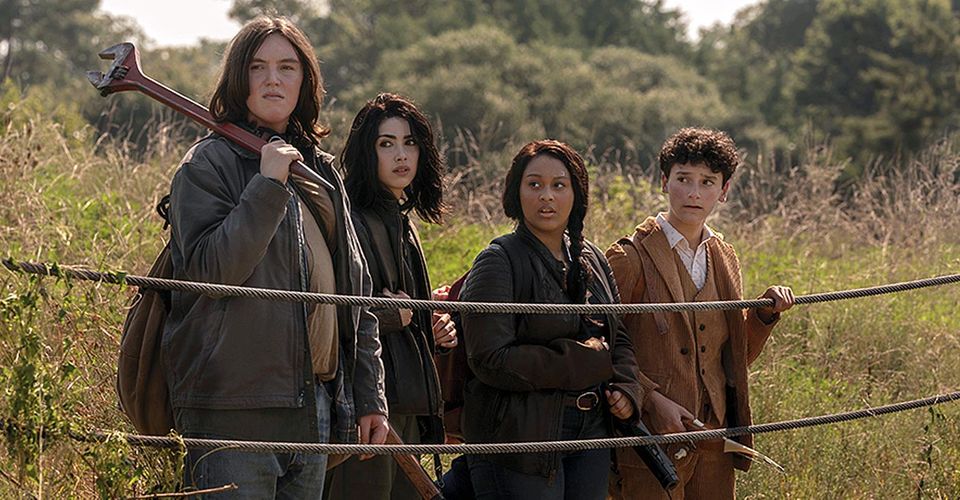 AMC released an ominous new trailer for the upcoming spinoff The Walking Dead: The World Beyond, which connects the main series and its spinoff Fear the Walking Dead through the mysterious organization known simply as CRM.

It opens with CRM abducting Rick Grimes (Andrew Lincoln) in his final episode in season nine of the main series, before shifting to a confrontation between Al and one of the CRM members in Fear the Walking Dead. The trailer closes with a brief look at The World Beyond, before uniting the three series within the shadowy organization’s three-circle symbol. A character can then be heard saying, “If you see someone wearing this...you should be afraid,” while another far more ominous, says, “We are the last hope.”

Set in Nebraska 10 years after the zombie apocalypse and fall of modern civilization, The World Beyond follows two young female protagonists and focuses on “the first generation to come of age in the apocalypse as we know it. Some will become heroes. Some will become villains. In the end, all of them will be changed forever. Grown-up and cemented in their identities, both good and bad,” reads the official synopsis.

The ongoing coronavirus pandemic has placed The Walking Dead season 10 on an extended hiatus, with The World Beyond, which was slated to premiere on AMC in April, pushed back to an unspecified date.