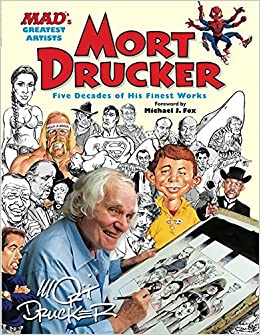 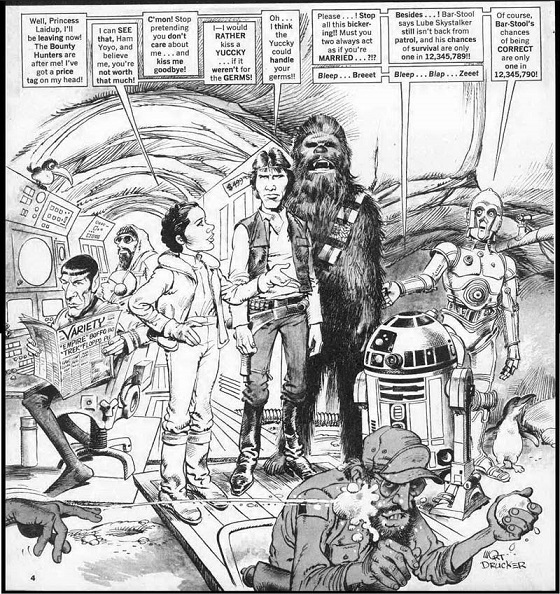 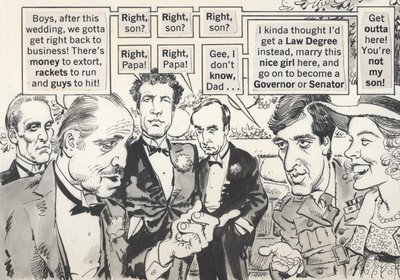 Caricaturist and comic artist Mort Drucker passed away on April 8, 2020. He was 91 years old.

Drucker worked on Mad magazine throughout five decades, creating satires of popular movies and TV shows. Born in Brooklyn on March 22, 1929, he got into comics by assisting Bert Whitman on the newspaper strip, Debbie Dean, in 1947. Drucker joined the staff of National Periodical (now DC Comics) as a re-toucher, then from there he became a freelancer, continuing to work with DC on humor and war titles, as well as with Dell and Atlas.

He began working for Mad in 1956, beginning a 55-year run that gave him the longest tenure as a Mad artist. He had 400 bylined articles in Mad, which is the most held by an artist who doesn’t also write his own material.

Drucker drew the magazine’s parody of The Empire Strikes Back in 1980, which was praised by George Lucas himself. When he caricaturized Michael J. Fox in 1985, the young actor commented that it was the point when he knew he’d made it in show business.

Outside of Mad, he continued working with other publishers, including on DC’s The Adventures of Bob Hope. He teamed up with humor writer Paul Laikin on the JFK Coloring Book in 1962, then in the mid-’80s he worked with Jerry Dumas and John Reiner on the comic strip, Benchley. He created the art for the American Graffiti movie poster, among others, did some TV animation, illustration for magazines like Time, and worked on character designs in advertising.

Drucker was known for his work with the National Cartoonists Society Special Features Award, the Reuben Award, and induction into the Society’s Hall of Fame in 2017.