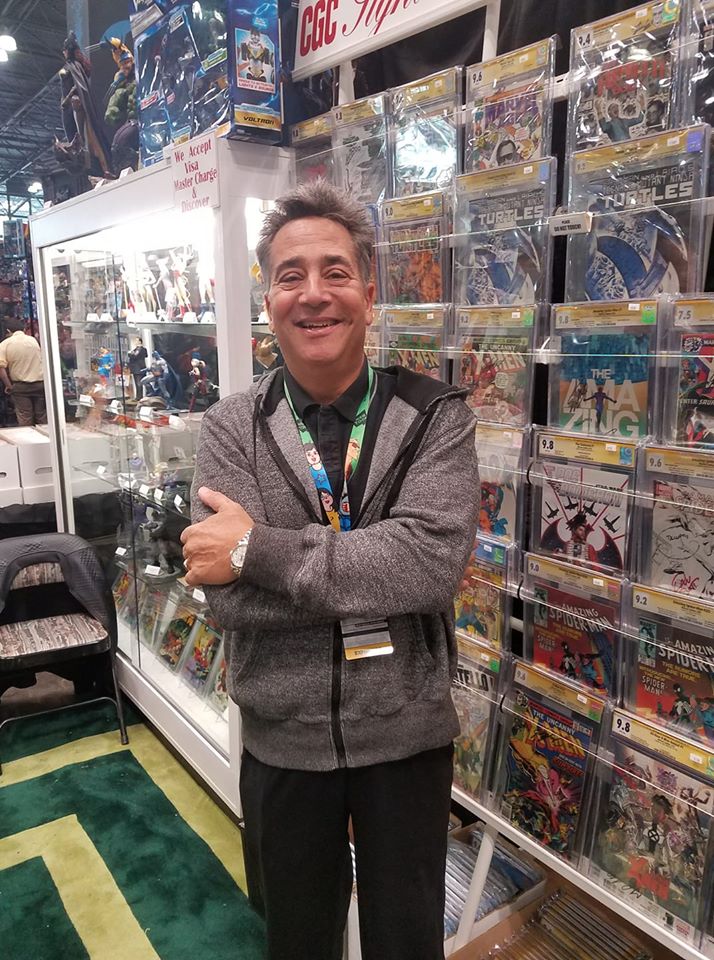 Scoop is saddened to report the passing of veteran comic book retailer Tommy Maletta, owner of New Hyde Park, New York’s Best Comics International, at the age of 61 due to complications from cancer.

Maletta was a fixture in the New York comic book retailing and convention scene for years and was known for his love of comics and a big smile. Our condolences go out to Kristine, his extended family, the staff of Best Comics, his customers, and his many friends.

“Tommy always had a big smile and friendly handshake for everyone he met at his store and at conventions,” said Steve Borock, a longtime friend of Maletta’s. “He was a true hobbyist who loved comics. Our friendship was filled with conversations about life, friends, family and, of course, comics. I cannot imagine never seeing this great man again, or our hobby without him. This is just a sad time for all of the many people whose lives he had touched and made better by knowing him.”

“Tommy was one of the very first retailers to support me and that support never waivered in over 25 years,” said writer-artist Billy Tucci. “Back in 1994, the weekend before comic shops received their copies of Shi #1 from the distributors, I walked into his store and said, ‘I made a comic book, would you like to buy some?’ Tommy was skeptical at first as it was obvious that he didn’t order it through Previews, but I’ll never forget his expression when he opened up the book. ‘You made this? How many do you have?’ I replied that I had 300 of them. ‘I’ll give you $300 for the box… if you sign them,’ he said. I was shocked and elated (issue cover price was $2.50 US) as I was hoping he’d take 10 and then I could afford lunch and the subway ride back home. I said, ‘Sure, but you’ve got to give me that P40 Warhawk.’ (he had lots of completed kit planes hanging in the store at that time). So out I went, big smile on my face, $300 in my pocket and a new P40, while Tommy had the very first copies of Shi in the world and all of them signed (my first). A quarter century later he would still kid me that he made a fortune off those issues. He may have made a fortune off those books, but I got the better of the deal as I made lifelong friend. Tommy Maletta was my friend. I loved him and he will be terribly, terribly missed.”

"I am stunned at the passing of Tommy Maletta, whose Best Comics is one of the true comic book nerve centers of Long Island,” said J.C. Vaughn, Vice-President of Publishing for Gemstone Publishing, a longtime customer of Maletta’s. “What a heartbreaking loss of a friend, a good man, and a wonderful promoter of the art form we love. Whether it was local talent or the biggest name stars of our profession, he always encouraged comics creators.”