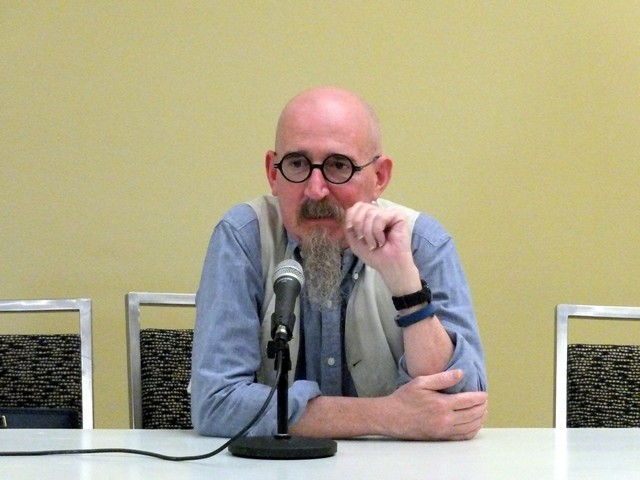 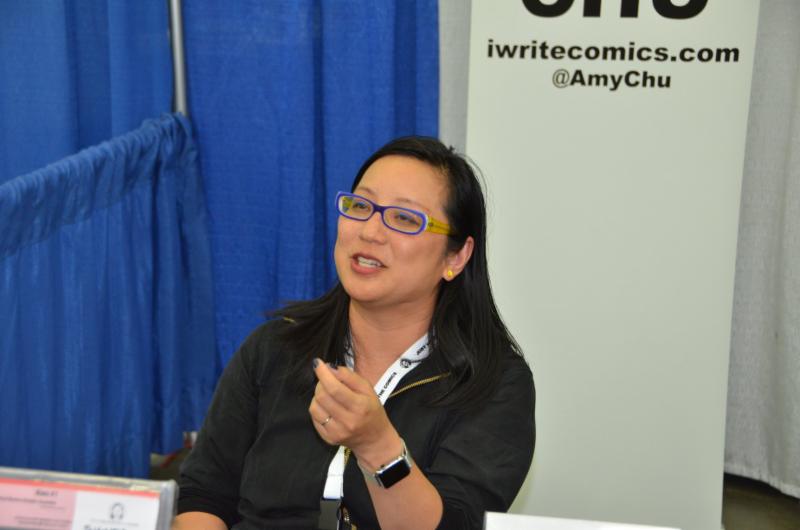 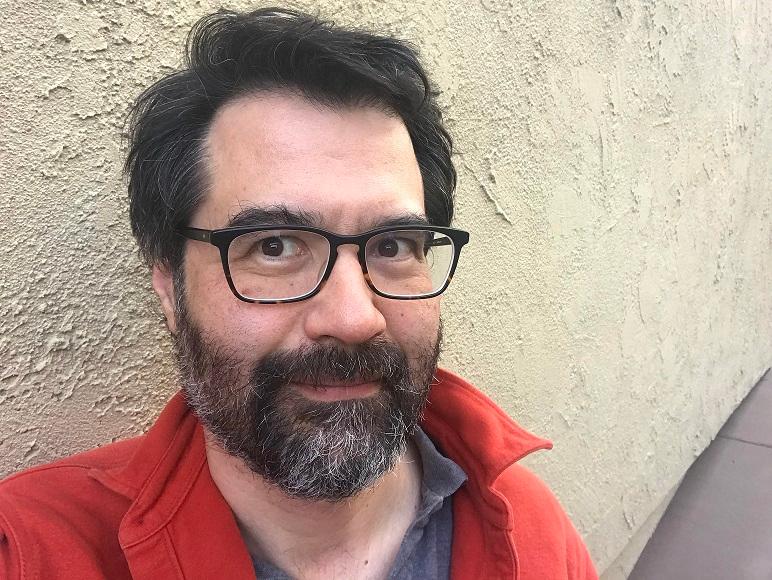 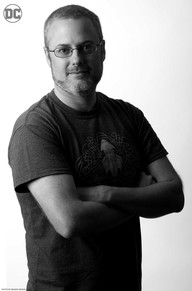 Brian Azzarello has been writing comics professionally since the mid-1990s. He is the author of Spaceman, Batman: Broken City, and came to prominence with the Harvey and Eisner Award-winning hardboiled crime series 100 Bullets, published by DC Comics’ Vertigo imprint. The author’s other work includes Wednesday Comics, Hellblazer, Loveless, Superman: For Tomorrow, Joker, Luthor, Before Watchmen: Rorschach, Before Watchmen: Comedian, Sgt. Rock: Between Hell and a Hard Place, DKIII: The Master Race, and Wonder Woman at DC Comics, as well as Startling Stories: Banner, Cage, and Spider-Man’s Tangled Web at Marvel.

Amy Chu writes comics like Green Hornet, Dejah Thoris, and Red Sonja for Dynamite Entertainment. She has also written Catalyst Prime SUMMIT for Lion Forge, KISS comics, including KISS: The End, at Dynamite Entertainment, a Poison Ivy miniseries and Wonder Woman stories for DC Comics, and Emma Frost, Deadpool, and Ant-Man stories for Marvel Comics. Chu is a co-founder of Alpha Girl Comics, which published Girls Night Out, among other titles. She is a frequent comic con speaker and moderator.

Greg Pak has written over 475 comic books, including storylines like Planet Hulk (which inspired parts of the Thor: Ragnarok feature film), the 2018 Mike Wieringo Spirit Award winner Mech Cadet Yu, and Action Comics. Pak’s children’s books include The Princess Who Saved Herself, The Princess Who Saved Her Friends, and ABC Disgusting. Pak is currently writing Ronin Island, James Bond 007, Star Wars, Firefly, and New Agents of Atlas. He co-wrote Make Comics Like the Pros with Fred Van Lente and recently launched a Patreon filled with tips for writing comics at patreon.com/gregpak.

Many of Robert Venditti’s comic book characters and concepts have been adapted to film and television. He has written the monthly series X-O Manowar for Valiant, Hal Jordan and the Green Lantern Corps, Green Lantern, and The Flash for DC Comics, and the children’s novel series Miles Taylor and the Golden Cape for Simon & Schuster. His current projects include Hawkman, Freedom Fighters, and the Vertigo graphic novel Six Days.

“This amazing group of talent creates comic book history,” said Marc Nathan, show promoter for the Baltimore Comic-Con. “These are the folks that are making the stories today that we'll be talking about for years. Future generations of comics creators will have a rich tapestry of lore and legends on which to build thanks to these people, and we get to host them at our show. Exciting stuff that our fans won't want to miss!”

Visit baltimorecomiccon.com/tickets for more information and to purchase your advanced tickets.