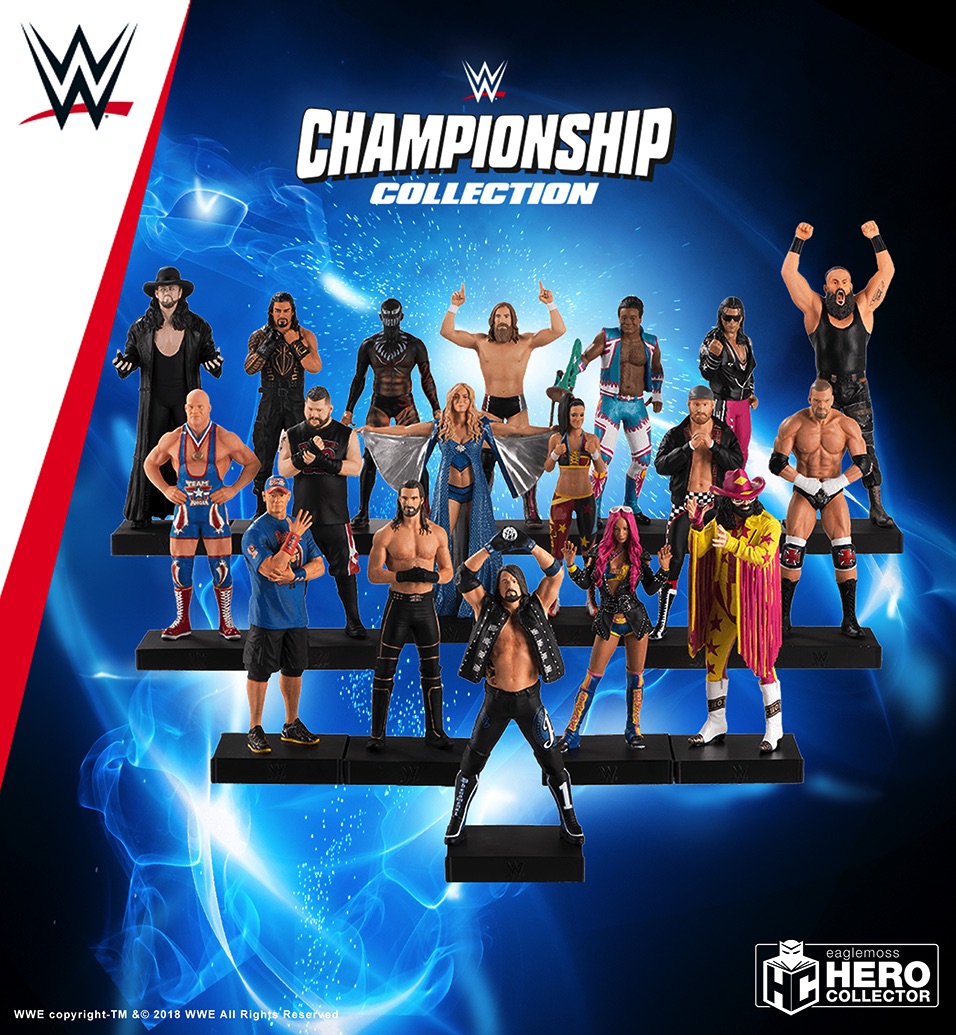 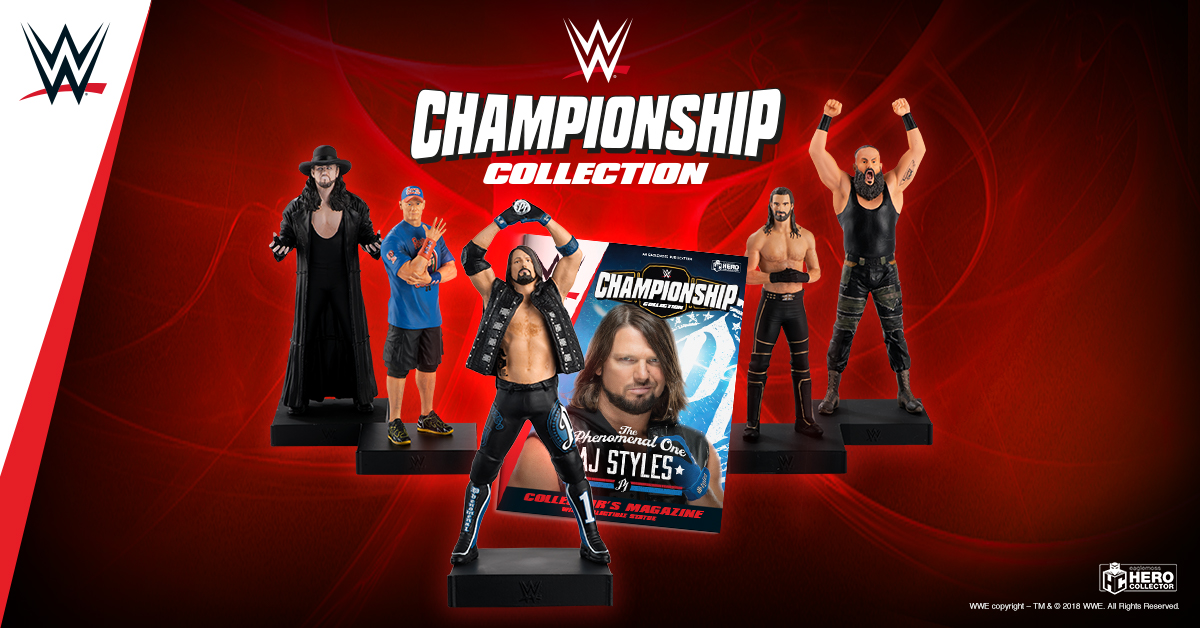 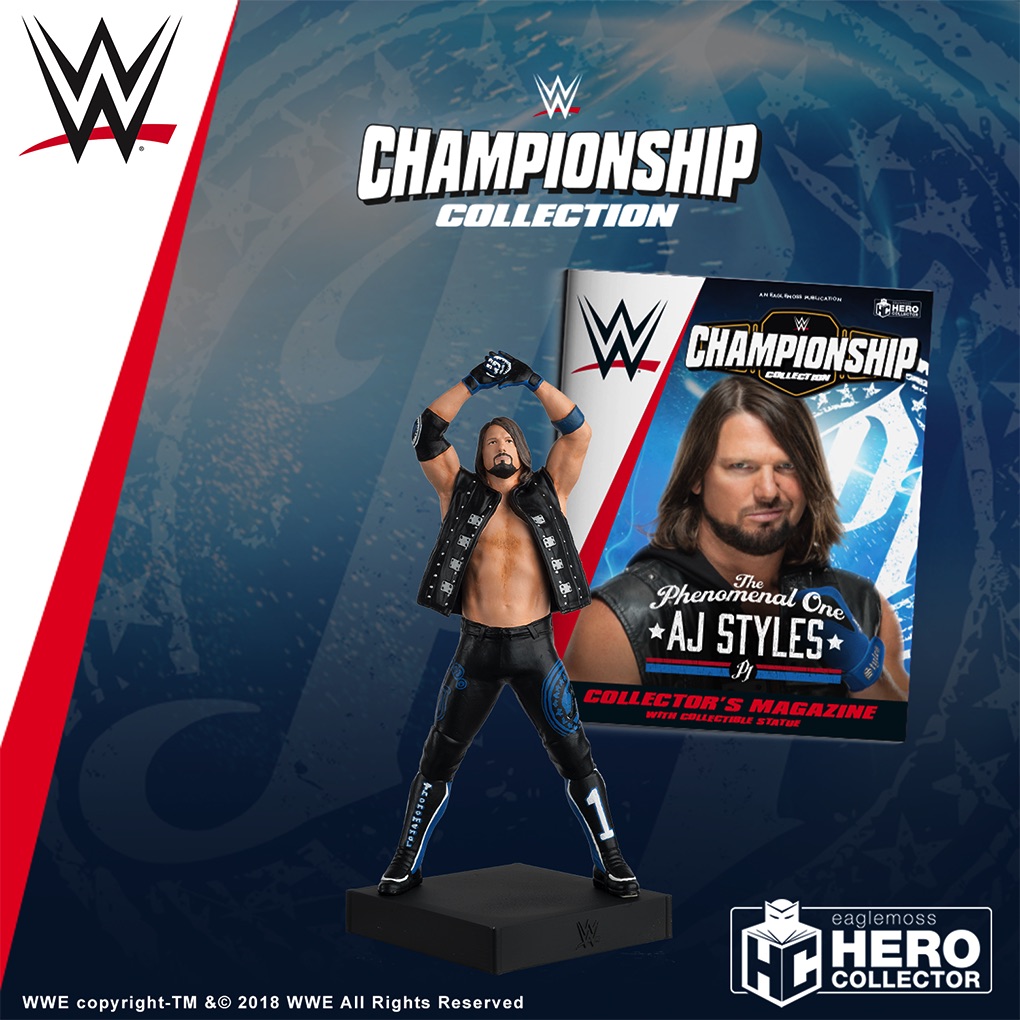 Eaglemoss Hero Collector, designers, manufacturers and publishers of high-quality collectibles across the many worlds of pop culture, have announced a partnership with WWE celebrating past Legends and current Superstars with the new WWE Championship Collection.

Each 16-page magazine delivers a history of the featured Superstar, detailing their championship reigns, greatest matches and top rivalries. The accompanying polyresin statue has been produced at 1:16 scale (approximately 4-1/2 to 5 inches tall), is well sculpted and painted, presenting the Superstar in an iconic pose on a line-look base.

Fans can also go online to the Eaglemoss Shop to purchase magazine and statue sets individually at standard prices.