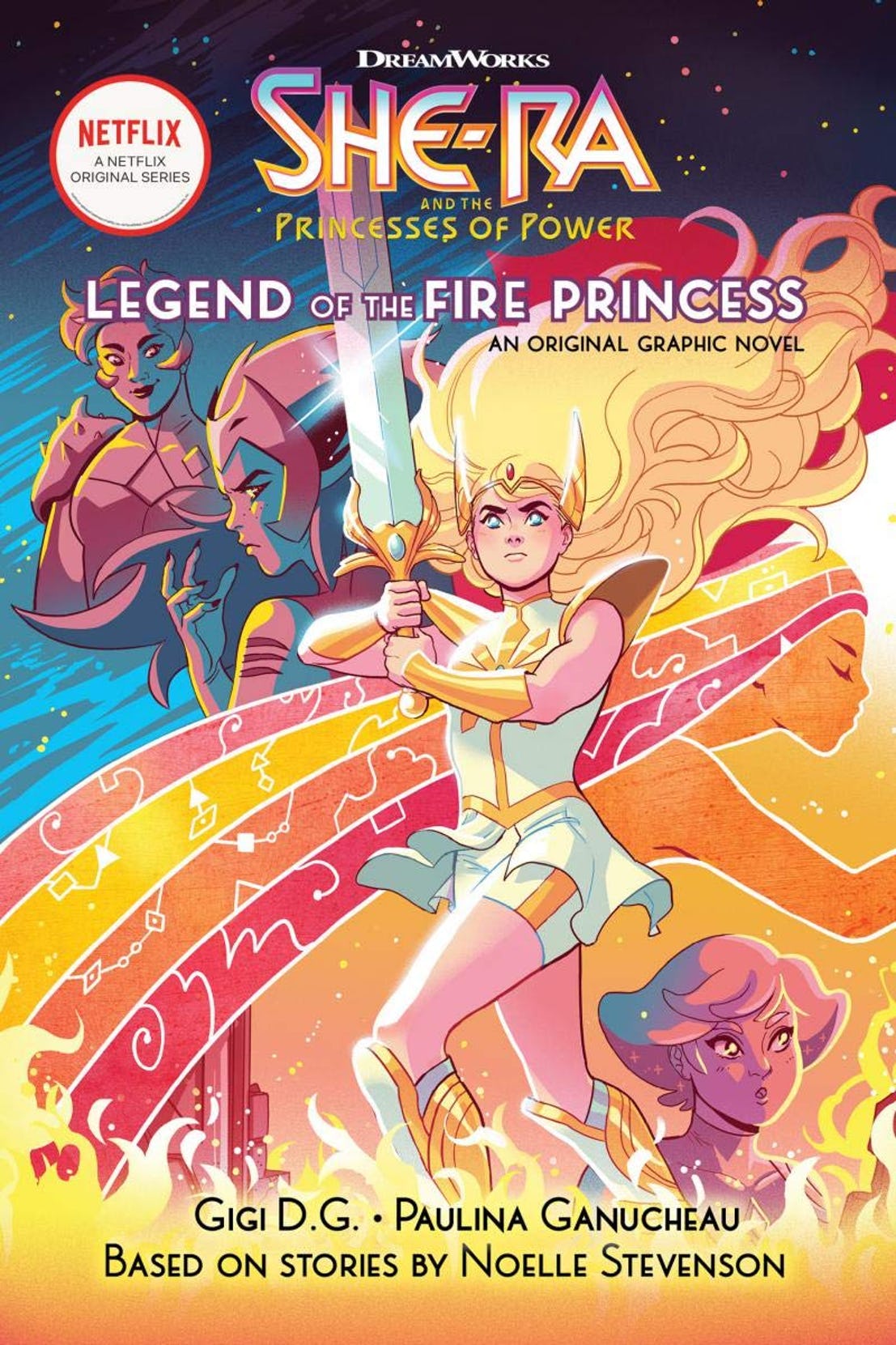 Noelle Stevenson, creator of She-Ra and the Princesses of Power, took to Twitter to announce a new graphic novel project inspired by the Netflix animated series.

Legend of the Fire Princess, based on stories by Stevenson, is written by Gigi D.G. with art by Paulina Ganucheau. Arriving in early 2020, the novel will feature “new content including a big reveal.”

Legend of the Fire Princess follows Adora as she uncovers more about her burgeoning powers as She-Ra. Throughout this growing process, she discovers the ability to heal corrupted runestones – the source of the princesses magic.

She-Ra then leads the Rebellion on an expedition to collect the runstone formerly used by the corrupt Fire Princess. While the Rebellion thinks the lost fire runestone could give them an edge in the fight against the Horde, the Horde has their eyes set on the same prize…

Legend of the Fire Princes (She-Ra Graphic Novel #1) is scheduled to be released on February 4, 2020, and is currently available for preorder.

Thrilled to announce LEGEND OF THE FIRE PRINCESS, an original graphic novel with NEW content including a BIG REVEAL! Written by @gigideegee & art by @PlinaGanucheau (including this beautiful cover!). You can preorder here: https://t.co/4OGqPuOVf1 pic.twitter.com/VQxZDQhEaO