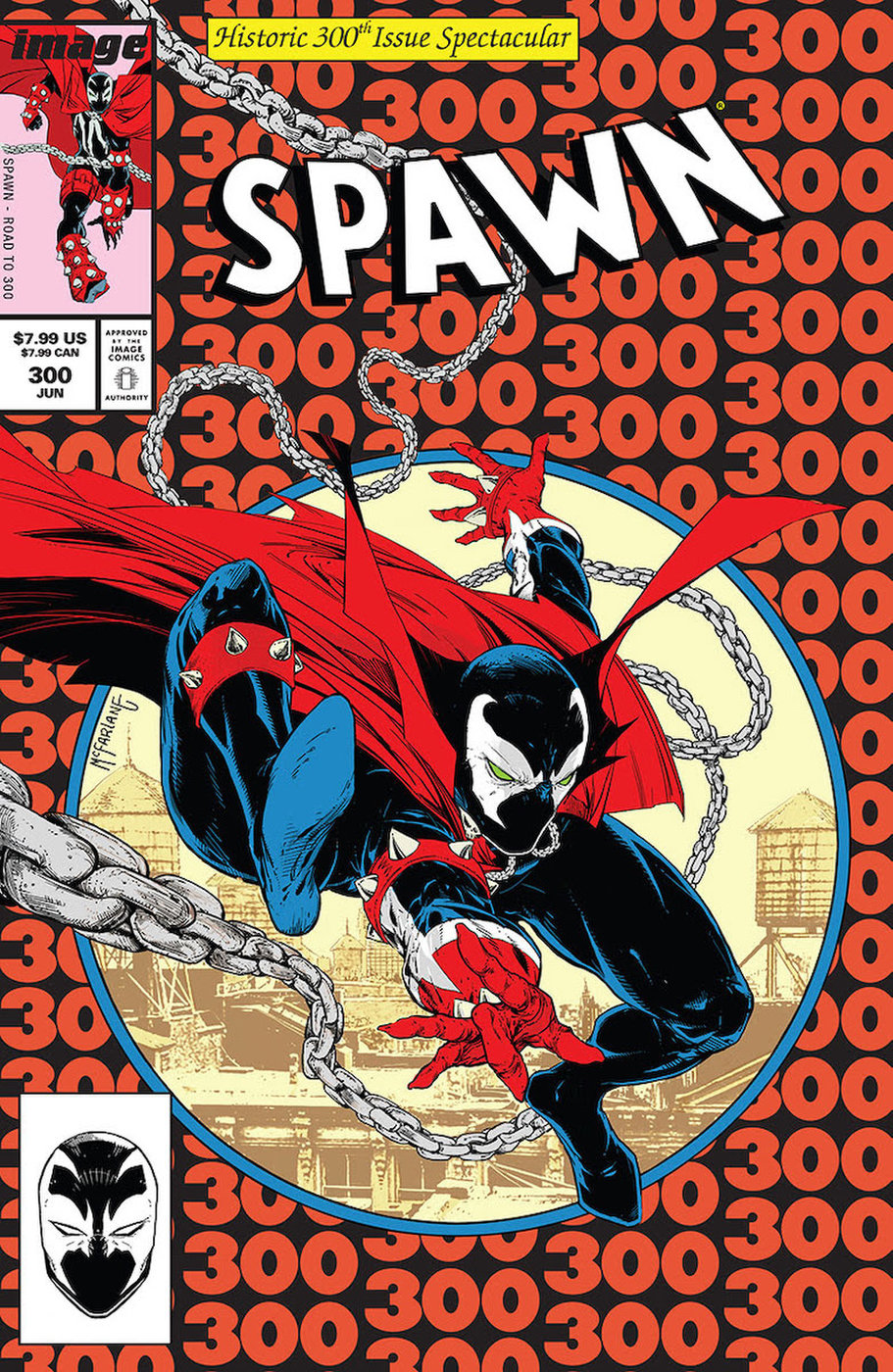 Spawn creator Todd McFarlane is reuniting with artist Greg Capullo for the August 2019 release of Spawn #300. This 72-page issue will make Spawn “the longest running creator-owned comic in the world,” according to McFarlane.

Capullo drew Spawn for years, beginning with Spawn #16 and culminating his run with #100. This will be his first interior work on Spawn since issue 100, while this 300th issue will mark McFarlane’s first interior pages since 1995.

“I created Spawn back when I was a teenager hoping to someday break into the comic book industry,” said McFarlane. “Now, over 40 years later, not only was I able to have a career drawing and writing comics, but Spawn has been by my side for most of that journey. Even more exciting, Spawn is becoming the longest running creator-owned comic in the world!”

“The group of creative folks helping out on this historic Spawn 300th issue is something that I hope thrills the ‘inner 15-year-old’ in all of us,” McFarlane added. “Plus, to have Greg Capullo come back to this title after so many long years, is what has me most excited as I personally consider him to be the top talent drawing in our industry today.”