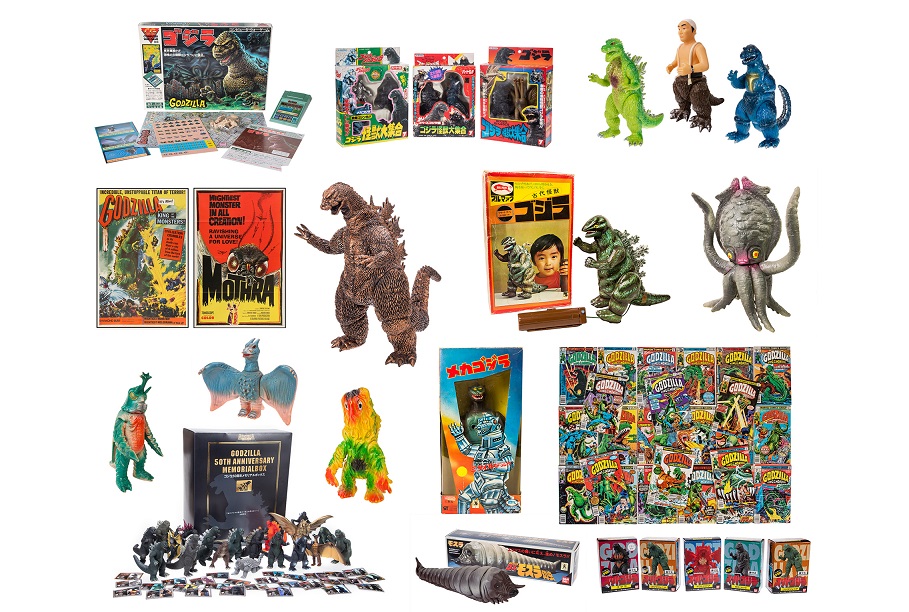 Since his debut in 1954, Godzilla has become an international pop culture icon as one of the most popular franchises in history. Memorabilia from the beloved character will be featured in the “Vinyl Conflict: The World of Godzilla Toys.” Peekaboo Gallery is hosting a single collection of vintage Godzilla, kaiju, and related Japanese monster memorabilia for exhibit and auction.

The material comes from the Mark Livolsi Collection, which contains small novelty items, movie posters, and rare vinyl toys from Bullmark, Marmit, Bandai, and Marusan. Most of these items are rarities only found in Japan or as limited show exclusives.

The collection is touring in an experimental exhibition in Los Angeles and Chicago. The first appearance will be at Kaiju-Con on Saturday, June 15, 2019, at the Japanese American National Museum in Little Tokyo, Los Angeles. The next stop will be at G-Fest XXIV, the International Godzilla Convention, on July 12-14, at the Crowne Plaza Chicago O’Hare Hotel in Chicago.

The auction event will then be held on August 3-4 at the Midsummer Scream horror con, held at the Long Beach Convention Center in Long Beach, CA.