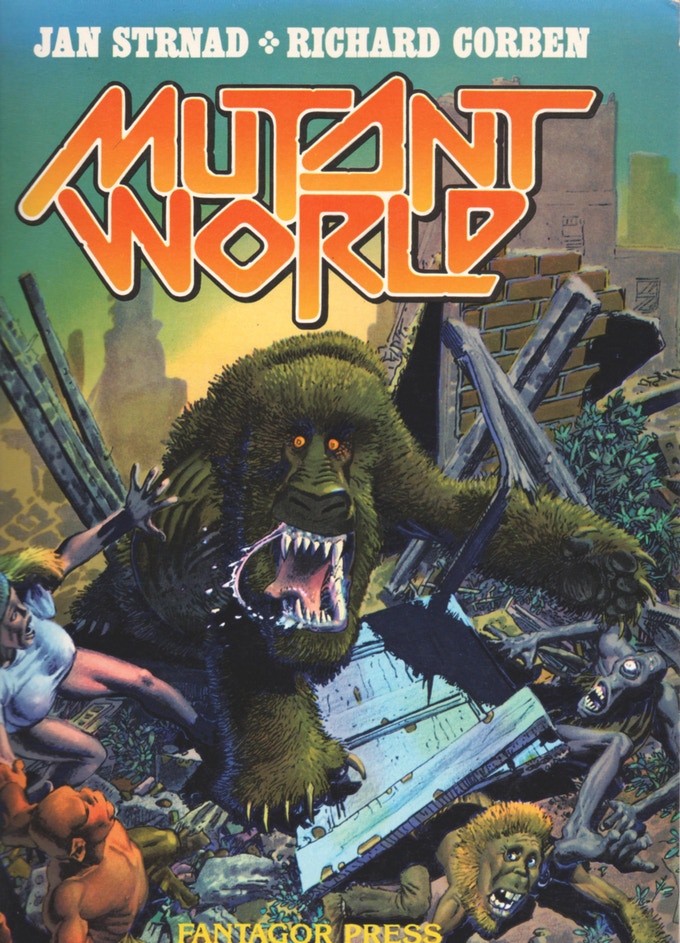 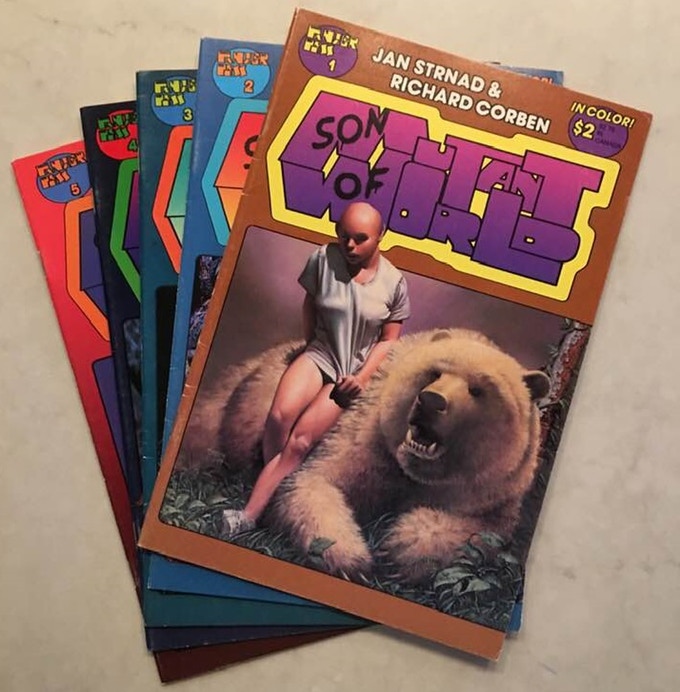 Out of print for more than 30 years, Richard Corben and Jan Strnad’s Mutant World is back in a new hardback, collector’s edition. This full-color, 160 letter-size page edition featuring bonus material is currently crowdfunding on Kickstarter.

Back in 1978, Strnad and Corben created the comic series Mutant World for the now-defunct New York company, Warren Publications. This post-apocalyptic tale followed a mutant named Dimento on his quest for love and survival in a world that no longer harbors love for living things. In the course of his adventure he runs afoul of wild beasts, a religious fanatic, sewer creatures, mad scientists, and devious mutants determined to cheat him out of his hard-won foodstuffs

Throughout its initial publication, the series was marred by dialogue changes and rearranged panels. Years later, the story was finally seen as the creators when Corben and Catalan Communications published the graphic novel, restoring Strnad’s original dialogue and adding eight new pages to deepen the story and smooth the transitions between chapters.

Along with the quality edition of Mutant World, this Kickstarter volume also features the story’s sequel, Son of Mutant World. Originally serialized in five underground comic books, this follow-up centers on Dimento’s grown daughter, Dimentia, her companion bear, Ollie, and a handful of other survivors on their journey to find safe haven. Bonus material includes the original covers to Mutant World and Son of Mutant World, vintage photos of Strnad and Corben and their original introductions to the first Mutant World.