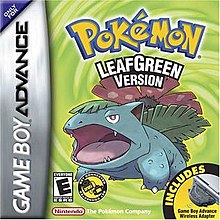 Though the official Extra Life Game Day was on November 2, the charity drive continues on November 8, 2019, when Gemstone Assistant Editor Carrie Wood plans on hosting a lengthy stream for charity.

The Extra Life organization brings together gamers from around the world in order to help raise money for Children’s Miracle Network Hospitals, and all proceeds raised go directly to the participants’ chosen local CMN Hospital. This is Wood’s fifth year participating, and over her time streaming games for charity has raised more than $2,200 (and counting) for the Johns Hopkins Children’s Center in Baltimore, Maryland.

“I had planned on doing this on the official Game Day, November 2,” Wood said. “But I’m a pretty die-hard Nationals fan, and their World Series parade was that day, so I kind of had to reschedule. I hope people will still tune in! I might try and name the Pokémon I catch after Nats players just to keep that World Series feeling going.”

For this year’s campaign, Wood will be playing through Pokémon LeafGreen. She has incentivized donations by allowing people to note on their donation to vote for which starter Pokémon she begins the game with, what to name her rival, and more. Wood will also be giving out various raffle prizes throughout the day to people who have donated.

As of 2018, Extra Life has raised more than $50 million for Children’s Miracle Network. Those interested in donating specifically to Wood’s Extra Life campaign can do so online.