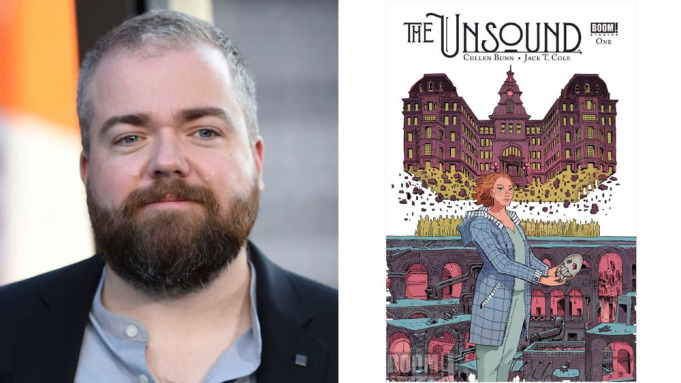 Following intense bidding, Netflix secured the rights to produce a feature-length adaptation of BOOM! Studios’ graphic novel The Unsound. David F. Sandberg, the director behind Shazam! and Lights Out, has signed on to helm the film.

Based on the graphic novel from Cullen Bunn and Jack T. Cole, The Unsound follows a psychiatrist who returns to the insane asylum where her mother previously served as both employee and patient. The longer she remains in the asylum, the deeper she is pulled into the hospitals’ dark secrets. To stop the horror that’s been unleashed, she must confront the fact that she and her mother have more in common than she realized.

Skylar James, writer of 29 Mole Street, has been tapped to pen the feature, while Sandberg is producing with his longtime collaborator/wife Lotta Lotsen through their new production company Mångata. BOOM! Studios’ Ross Richie and Stephen Christy are also producing alongside executive producers Adam Yoelin and James.

This is the first feature BOOM! Studios has shopped since the Disney/Fox merger.