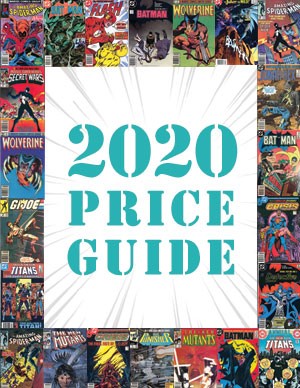 This new free guide caters to collectors interested in Canadian Price Variant (CPV) newsstand comics of the 1980s. This collecting niche has gained new recognition this year with an upgrade to CGC labels, which follows a similar change CBCS made in 2018. Beginning in May 2019, the words “Price Variant” now appear on CGC’s labels for the CPVs.

“This new labeling change by both CBCS and CGC to officially recognize and denote CPVs as Price Variants is sure to accelerate collector demand even further,” Overstreet Advisor Doug Sulipa said. “In record numbers, collectors are learning about the scarcity and appeal of this type of cover price variant, leading to more record-breaking sales in 2019.”

Their 2020 CPV Price Guide for 1980s Canadian Price Variants (Type 1A) has been published online and is accessible for free at rarecomicsblog.com. The 2020 edition of this CPV guide features an expansion of its coverage with additional publishers, a Market Reports & Articles section, and a new image database.