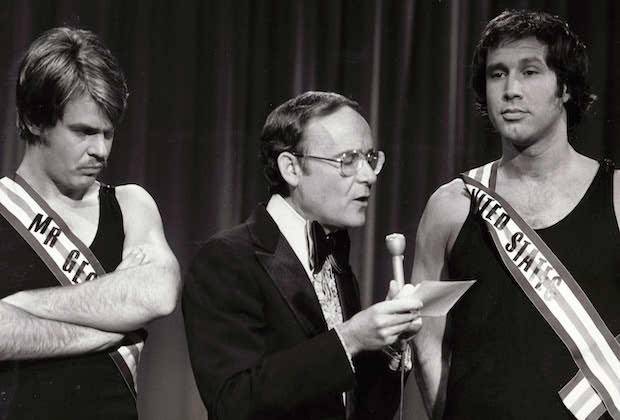 Buck Henry, who co-wrote The Graduate screenplay, died on January 8, 2020 in Los Angeles following a heart attack. He was 89 years old.

The Graduate, starring Dustin Hoffman and Anne Bancroft, would go down in film history for its seductive tale of a college graduate and his affair with an older woman. Henry’s script contained several iconic gems, such as “Mrs. Robinson, you’re trying to seduce me,” which are cemented in the pop culture zeitgeist.

In addition to penning The Graduate, he also wrote What’s Up, Doc? and co-created Get Smart with Mel Brooks. He was a regular in the early days of Saturday Night Live, becoming the first person to host five times and later ten.

Henry’s career began by writing for TV shows such as The Garry Moore Show in the early 1960s. The spy spoof show Get Smart premiered in 1965, instantly gaining a following for its comedic elements and catchphrases like, “Missed it by that much.” Starring Don Adams, Barbara Feldon, and Edward Platt, the hit show would run through 1970, airing 138 episodes.

In the 1970s, he wrote and co-wrote a selection of book adaptations, including Catch-22, The Owl and the Pussycat, and The Day of the Dolphin. Henry created the short-lived space spoof Quark, which ran for eight episodes, then his later writing entries were To Die For, Town & Country, The Humbling, and Babe West.

He also had many acting credits, often in the projects he wrote, like playing the room clerk in The Graduate or Colonel Korn in Catch-22. Henry also appeared in The Man Who Fell to Earth, Falcon Crest, Tales from the Crypt, Grumpy Old Men, 30 Rock, Hot in Cleveland, and Franklin & Bash.

During his career, Henry was nominated for Oscars for writing The Graduate and for directing 1978’s Heaven Can Wait, and won a writing Emmy in 1967 for Get Smart.