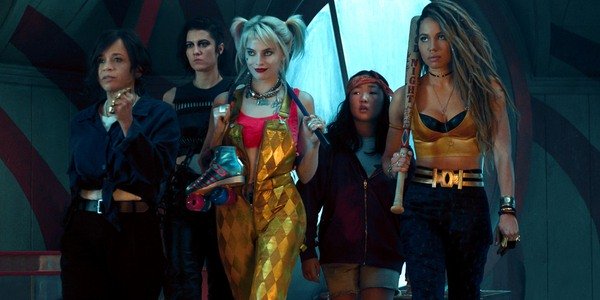 Fresh off a fiery split from the Joker, Margot Robbie’s Harley Quinn is seen building her own team and proving she has little need of her mastermind ex-boyfriend in the latest trailer for the upcoming Birds Of Prey (And The Fantabulous Liberation Of One Harley Quinn).

After pausing for a brief Cheez Whiz straight out of the can moment, Harley acknowledges that since she has cut ties with Mr. J she is “about to learn that a lot of people want me dead.” Not one to go down quietly, Harley rallies some other women with whom she shares mutual antagonists. This includes Mary Elizabeth Winstead’s Huntress, Jurnee Smollett-Bell’s Black Canary, Rosie Perez’s Renee Montoya, and Ella Jay Basco’s Cassandra Cain.

“He’s after all of us. The kid just robbed him, you betrayed him, you killed his BFF and you’re dumb enough to be building a case against him. So unless we all wanna die very unpleasant deaths, we’re gonna have to work together,” Quinn tells the group, who reluctantly agree.

Among the lot of guys who want her dead is Ewan McGregor’s Black Mask with Chris Messina’s Victor Zsasz popping up in a few shots. Masterfully set to “It’s Oh So Quiet,” the teaser also showcases some explosive scenes, Harley pet hyena in a bathtub and a burlesque number featuring Daddy’s Little Monster.

Directed by Cathy Yan, written by Christina Hodson, and with Robbie pulling double duty as a producer, the R-rated Birds of Prey is slated to hit theaters on February 7, 2020. Robbie will reprise her role again in James Gunn’s The Suicide Squad, due August 6, 2021.