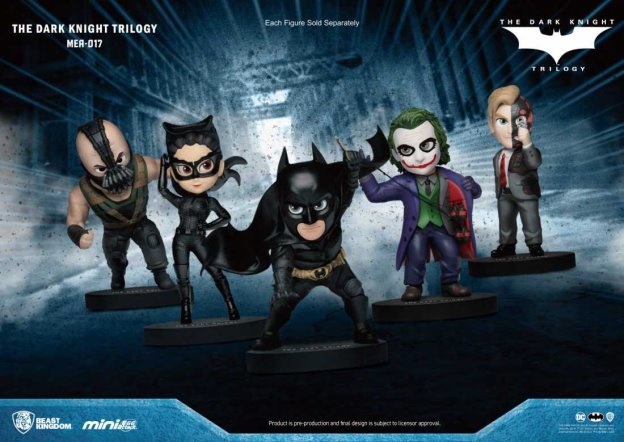 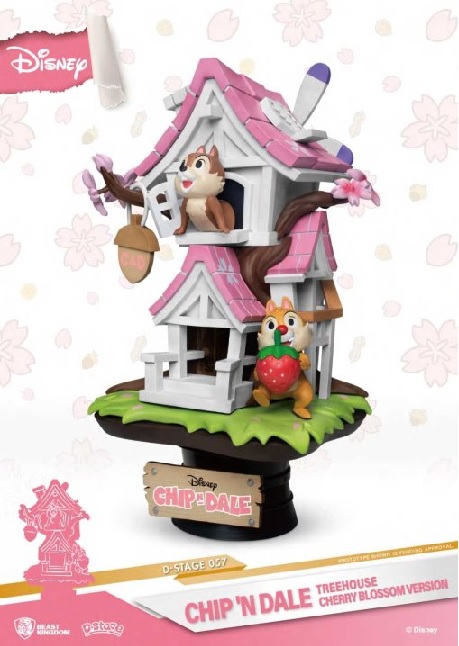 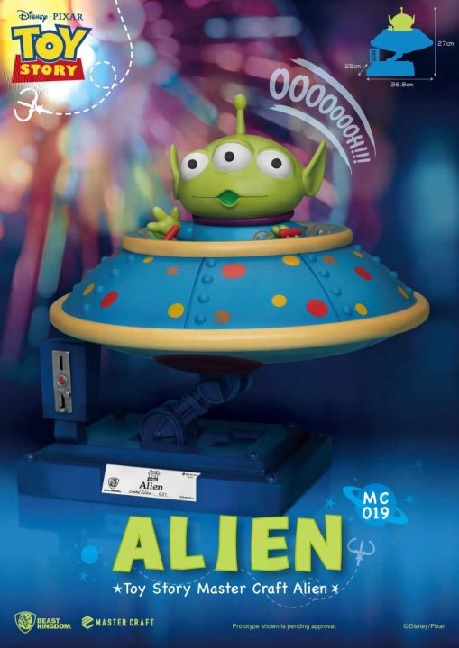 Seven years after its conclusion, the Dark Knight Trilogy lives on as a the most acclaimed adaptation of DC’s iconic caped crusader. Beast Kingdom is celebrating the trilogy’s iconic lineup of classic characters with new PREVIEWS exclusive mini egg attack (MEA) figures.

The new Dark Knight MEA range is launched with five classic characters each with their own distinctive costume, signature pose, weapons, and accessories. Collect two versions of The Dark Knight himself: Batman with a grappling gun and Batman with a Batarang; along with Joker, Catwoman, Two-Face, and Bane at a convenient 3” height, perfect for any shelf.

Chip and Dale’s house gets a fresh coat of paint. Spring is coming, and what better way to spend those warmer days than with Chip ‘n Dale in their new and updated tree house? Beast Kingdom is back with a new PREVIEWS exclusive D-Stage Pink variant of Chip ‘n Dale’s humble abode. With an updated pink theme, the tree house is filled with cherry blossom trees, adorning the roof and branches. A small, brick-clad chimney and windmill complete the set with our two furry friends ready to meet and greet. Every section is highly detailed with an exclusive base finishing off this run of D-Stage dioramas.

The Alien from Toy Story goes for a ride in a new PREVIEWS exclusive statue from Beast Kingdom. A fully upgraded, enlarged version of Toy Story’s lovable Three Eyed Aliens, ready to rock the world. Beast Kingdom once again proudly presents the latest in the Master Craft high-end series of collectibles: Toy Story Aliens. The Master Craft series continues the beauty of fine craftmanship, with an all hand-painted, fully detailed 10” tall sculpture that pops with subtle details, including a detailed flying saucer control panel, joysticks and a weathered looking base.

The PREVIEWS exclusive Dark Knight figures retail for $13.50 and are now available for individual preorder at comic shops, with an expected release date of August 26, 2020. The PREVIEWS exclusive Chip ‘n Dale Treehouse Statue Cherry retails for $29.99 and the Alien Statue retails for $199 are also now available for preorder at comic shops with a release date of August 26, 2020.