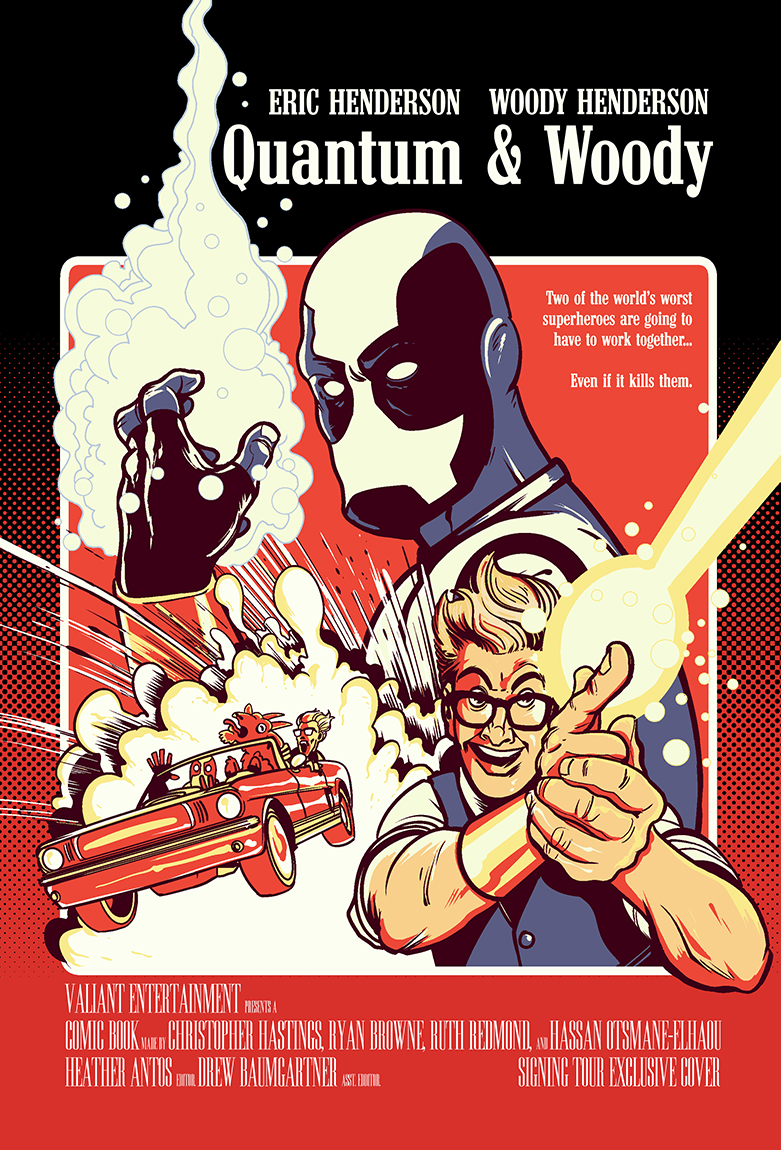 Valiant Entertainment is inviting fans to celebrate the release of Quantum & Woody #1 (of 4) with writer Christopher Hastings and artist Ryan Browne.

The comic book creator duo will be at shops to talk about the world’s worst superhero duo from Wednesday, January 29 to Wednesday, February 5, 2020. Each shop will have the Hastings exclusive variant with the amazing Tango & Cash homage.

The signing tour begins Wednesday, January 29 at 5 PM with Hastings at Bulletproof Comics in Brooklyn, New York, while Browne can be found at Challenger Comics + Conversation in Chicago, Illinois beginning with the River North location at 4 PM followed by the Bucktown location at 6 PM.

On Friday, January 31, Hastings will be stationed at Forbidden Planet in New York at 6 PM. Then, on Saturday, February 1, Hastings will set up shop at East Side Mags in Montclair, New Jersey at 1 PM. That same day, Browne can be found at Kowabunga Comics in Oconomowoc, Wisconsin beginning at 12 PM.

Finally, on Wednesday, February 5, Hasting will close out the tour at October Country Comics in New Paltz, New York at 4 PM.

For more information on signings, contact the comic shops directly.