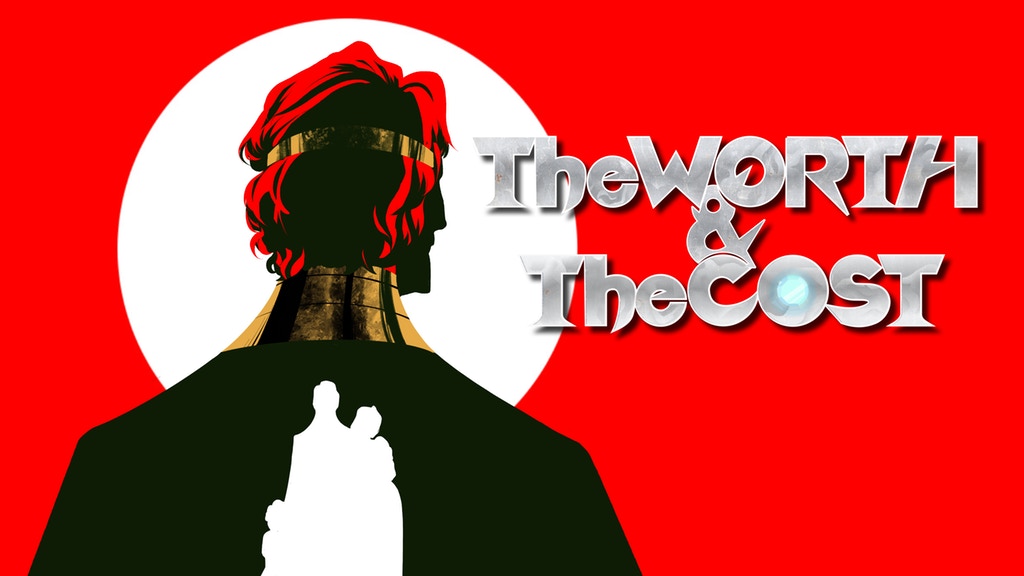 Resistance Comics has turned to the popular crowdfunding website Kickstarter for their inaugural project, The Worth & The Cost. This self-contained, standalone, 22-page story blends a science fiction fable for a Resistance audience, exploring what motivates people to move off of the sidelines and onto the front lines.

The Worth & The Cost tells the story of Martyn, a palace guard, and Windym, an imperial bureaucrat, living under the oppressive rule of Emperor Penryck, whose selfishness and incompetence threaten to drive the planet into starvation, ruin, and riot. (Sound familiar?) For Martyn, doing the right thing means putting his family first. But do you owe your children comfort...or freedom? Meanwhile, Windym tries desperately to fix the system from within, but what happens when she’s made party to a global atrocity?

The Worth & The Cost is written by John Luzar, the creator of the popular political satire site Shower Cap’s Blog. “I wanted to tell a story celebrating all the good folks doing the hard work it takes to achieve positive change in discouraging times,” said Luzar. The book is penciled, inked, and colored by Beth Varni, lettered by Toben Racicot, and edited by Jason A. Fleece.

“John and team pull off a compelling narrative with characters you love to hate while also tucking in some profound philosophical nuggets. Fun comics that make you think! What a great idea!” said Andy Schmidt, Comics Experience founder, and former Marvel Comics and IDW Publishing editor.

The Kickstarter for The Worth and the Cost runs from January 14 through February 13, 2020, with a goal of $800 to cover printing costs. By donating to the campaign, fans can pledge at a number of levels to score such rewards as making-of material, digital copies, content on Shower Cap’s blog and letters to the politician of your choice in Luzar’s inimitable style.