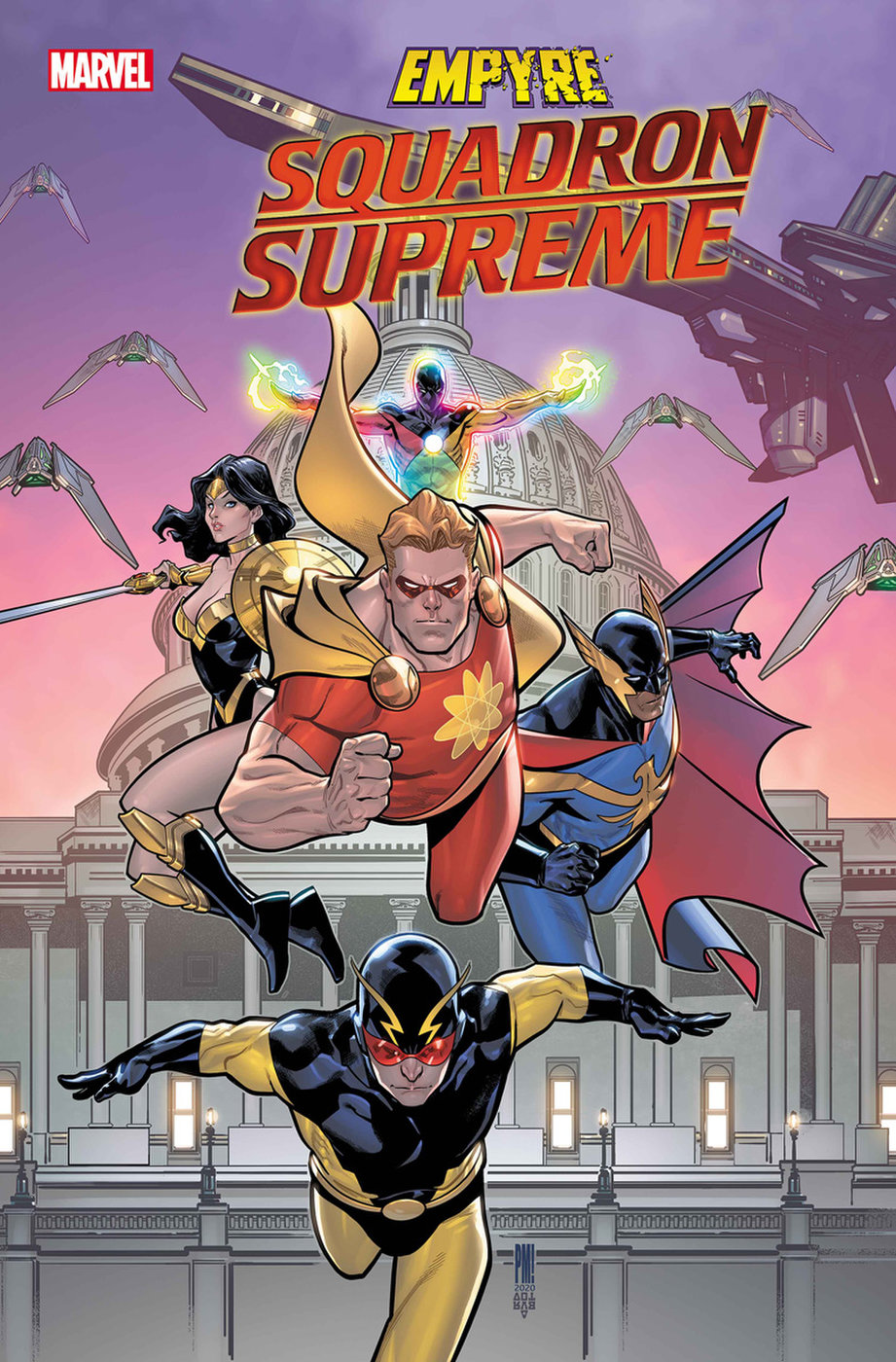 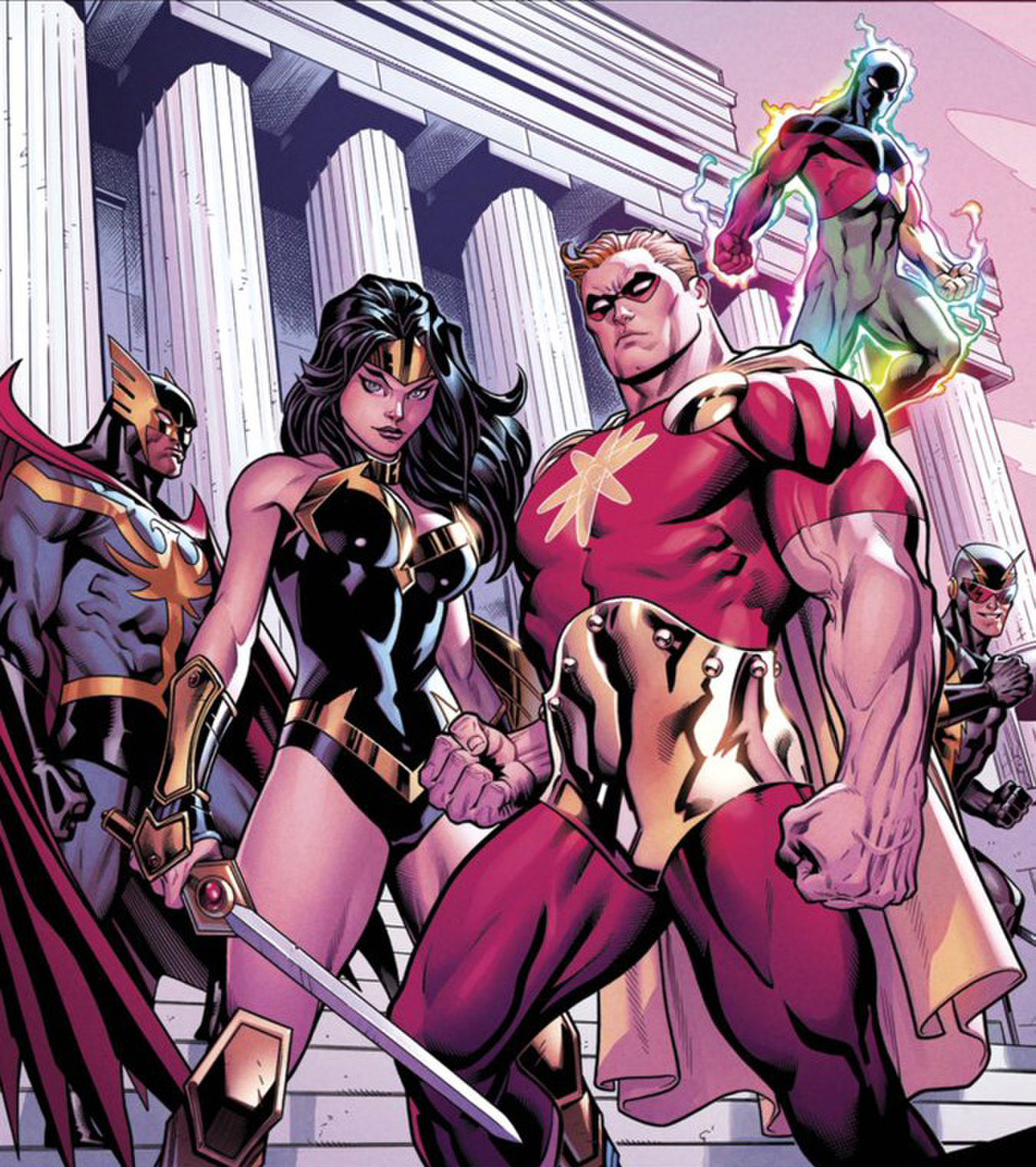 In recent months, Jason Aaron and Ed McGuinness’ Avengers run has revitalized the Squadron Supreme to become the premiere, state-sanctioned superhero team in the U.S. Now, as part of Marvel’s summer event Empyre, the group has scored their own two-issue miniseries from writer Mark Waid (Kingdom Come) and artist Dio Neves (Deathstroke).

“The Squadron Supreme of America finds itself dead-center in battleground Washington, DC, caught between two invading forces in a story that puts a modern spin on some of the Silver Age of Comics’ more familiar tropes,” said Waid. “It’s a blast to write.”

“The invasion has begun! But the alien invaders soon encounter resistance in the form of the Squadron Supreme of America! As the two forces clash, only one thing is clear…the fight for America’s survival has begun!” reads the solicitation for Empyre: Squadron Supreme #1.