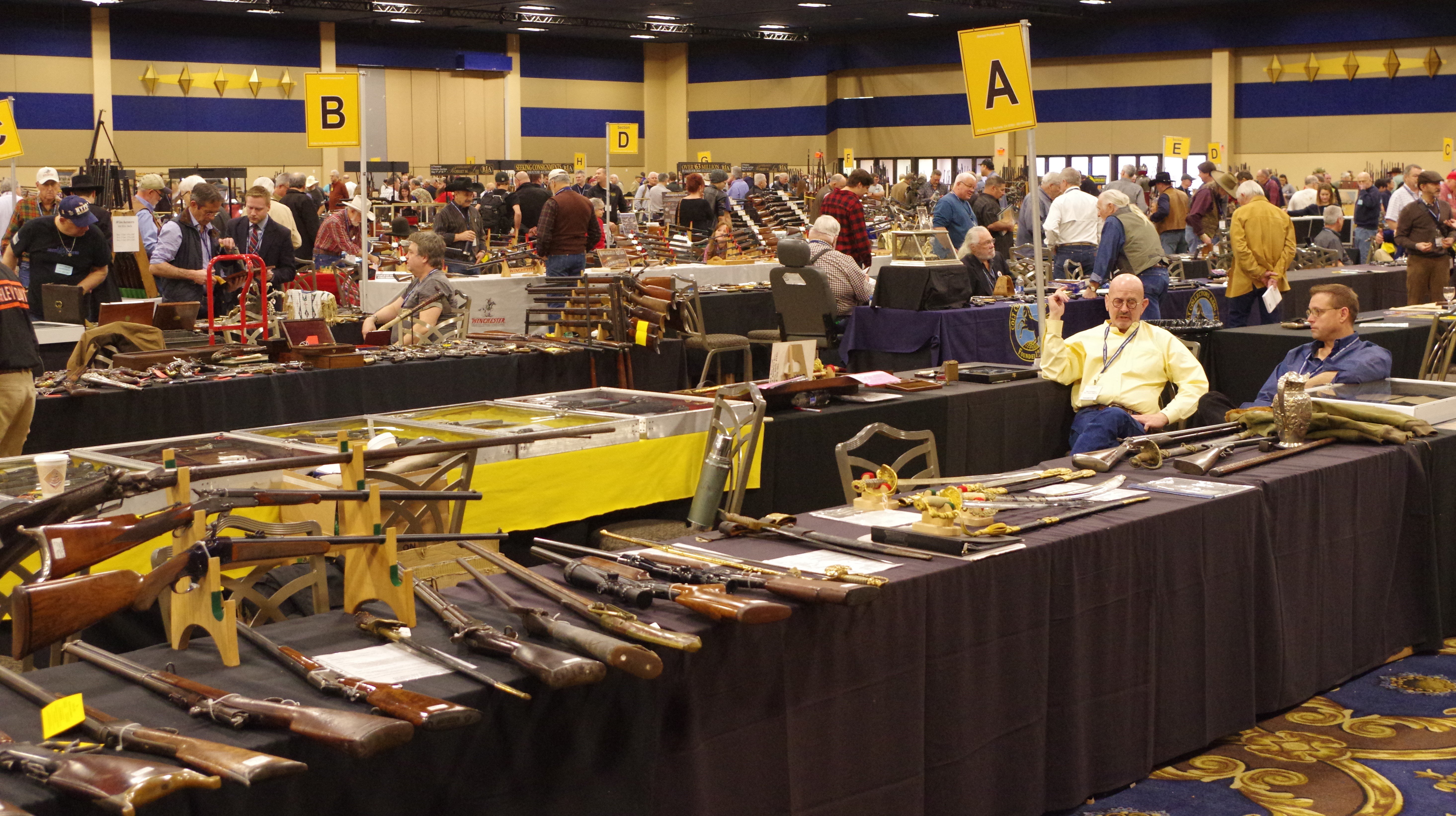 The most important buying event of the year for antique firearms collectors – the Las Vegas Antique Arms Show, International Sporting Arms Show & Custom Knifemakers Show (LVAAS) – will take place on February 28 and 29 and March 1 at the Westgate Las Vegas Resort & Casino. The spacious venue boasts more than 70,000 square feet of exhibitor space in the Antique Showroom and another 40,000 square feet for sporting arms, custom knifemakers and firearms engravers.

Launched in 1962 by Las Vegas gun collector and dealer Harry Mann, LVAAS is widely regarded as the gold standard among antique firearms shows. It is the oldest continuously operating trade or specialty show of any type in Las Vegas, far outlasting even the long-running showroom extravaganzas at major casino hotels. The annual event is a calendar highlight for antique, vintage and out of production firearms enthusiasts, attracting exhibitors from throughout the United States, Canada, the UK, Continental Europe, Japan and China.

The show’s reputation has thrived for nearly six decades, thanks to its committed promoters and unfailing support from the hobby. In 1998, Paul and Karen Balfour assumed the show’s operations and management from their brother-in-law, Wally Beinfeld (1929-2013), who produced the show for 51 years. Upon taking over, the Balfours said it was their desire to honor Beinfeld’s legacy by maintaining the show’s unimpeachable standards. In May 2019, Morphy Auctions joined the partnership, adding vast marketing expertise to Paul and Karen’s years of show-promotion experience to create a new synergy reflected in the show’s 2020 edition.

“The Las Vegas Antique Arms Show is known worldwide for its superior-quality merchandise and knowledgeable dealers,” said Morphy Auctions president Dan Morphy. “Honest and ethical representation of all guns offered for sale is a hallmark of the Las Vegas show. Before a dealer is approved to set up and sell at the show, they have to be individually qualified and meet certain requirements. That’s the reputation the show has maintained for 58 years, and we will make every attempt to keep that level of quality and excellence.”

Throughout its history, the LVAAS has attracted numerous Hollywood personalities, legislators, and other notable figures. The many historically important guns that have been displayed at the show include the finest known antique Colt single-action Buntline Special revolver, with original skeleton shoulder stock, which was exhibited in 2016 by Carol Watson’s Orange Coast Auctions; and General Ulysses S. Grant’s magnificent Civil War-era Remington revolvers, whose whereabouts had been unknown for over a century. Valued at $1.5 million, the circa 1863 “Lost Remingtons” made their public debut at the January 2018 LVAAS at Greg Martin’s booth.

The 2020 edition of the Las Vegas Antique Arms Show will be held February 28-29 and March 1 at the Westgate Las Vegas Resort and Casino. Address: 3000 Paradise Road, Las Vegas, NV 89109. Admission options range from single-day entry to 4-day Honored Guest tickets that allow early buying opportunities from 10 AM to 6 PM on Thursday, February 27. Learn more online at www.antiquearmsshow.com or call (951) 970-9669.