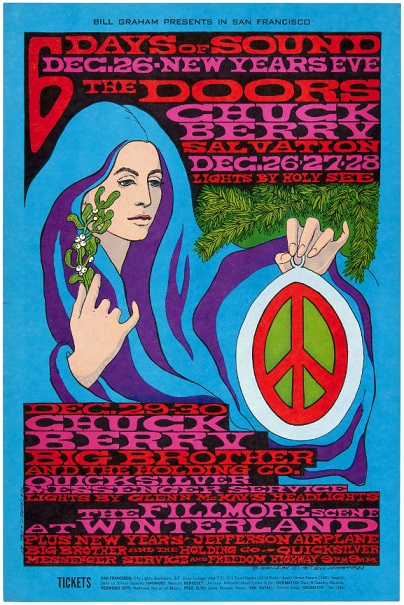 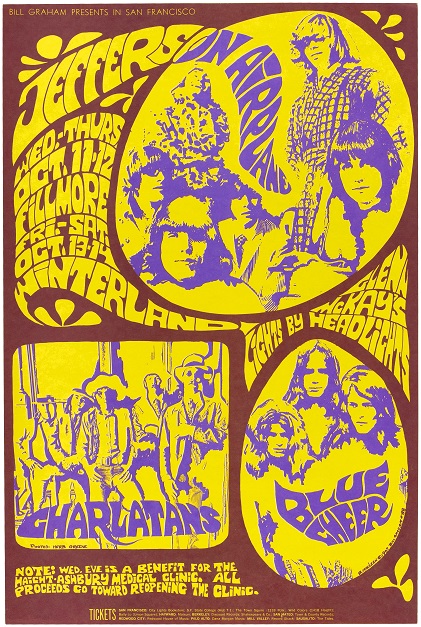 Graphic artist Bonnie MacLean, who created concert posters for the Fillmore Auditorium, died on February 4. She was at 80 years old.

MacLean’s concert posters were a driving force during the San Francisco music scene of the late 1960s. In the male dominated field of concert poster art, MacLean carved a place for herself by creating groundbreaking artwork to promote concerts at the Fillmore Auditorium and Fillmore West.

Originally from Philadelphia, where she was born in 1939, MacLean moved to New York City in 1960, then earned a Bachelor of Arts from Pennsylvania State University. After moving to San Francisco in 1964, she met Bill Graham and the pair got married, then had a son.

When Graham started promoting local concerts, MacLean took on art duties by drawing lists of band lineups and coming attractions on a chalkboard at the top of the auditorium stairs. When Graham and artist Wes Wilson parted ways, MacLean started creating posters and all promotional artwork for the venue.

During her days as a poster artist she created posters for some of the most popular and influential bands of the era, including Jefferson Airplane, The Doors, and Pink Floyd. Her posters embodied the psychedelic style that was popular at the time, though her early art had a Medieval Gothic motif with rose windows and pointed arches. She infused her style with culturally diverse imagery such as Nehru jackets, Native American totems, and others.

MacLean created posters for the Fillmore from 1967 to 1969. She and Graham divorced in the early ’70s and she returned to Pennsylvania. Since then she resided in Bucks County, painting pastel landscapes and nudes.