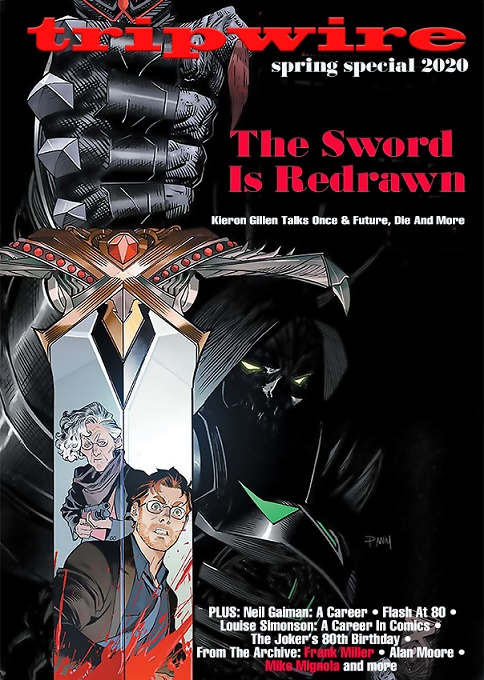 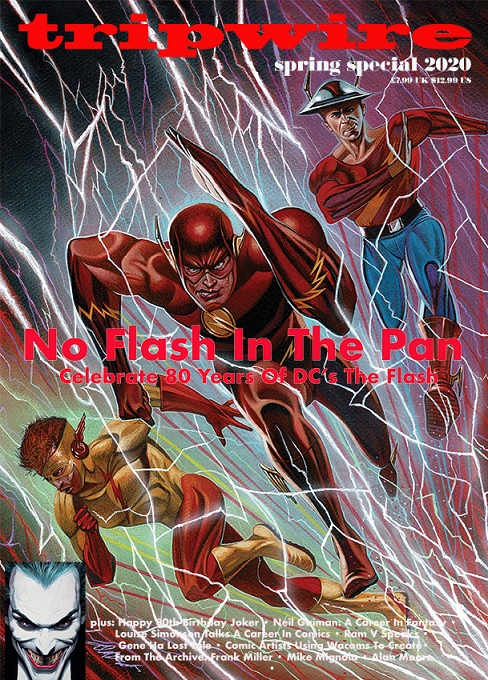 Tripwire magazine, a UK-based publication on comics and related genres is returning to print after almost a decade away. Since 2015, it has built a sizeable presence on the web at tripwiremagazine.co.uk, and now Tripwire will return to print format in May 2020, as well as continuing its online presence.

“We are very excited to be returning to print,” Tripwire’s editor-in-chief Joel Meadows said. “We enjoy publishing and updating the website, which has got us a lot of new fans, but there is something that’s hard to beat about bringing out our content in print.”

This first print issue since 2011 is full of original content, including a look at the Flash’s history as he celebrates his 80th birthday and a commemoration of the Joker’s 80th year in comics. There’s an exclusive interview with Kieron Gillen on Once & Future, Die, and more, as well as an interview with Louise Simonson on her work in Star Wars comics, editing horror anthologies Eerie and Creepy, and more.

There’s a look back at how EC changed comics 70 years ago and how they influenced the horror comics of the 1980s and beyond, such as Swamp Thing and Sandman, plus a feature on the career of bestselling fantasy comics writer and novelist Neil Gaiman.

The magazine explores indie filmmaker Richard Stanley’s career, who recently wrote and directed Color Out of Space (starring Nicolas Cage), including an interview with Stanley. There’s a preview of Wonder Woman 1984 and the character’s history, and a feature on how comic artists like Frank Quitely and Jock use Wacom and Cintiq tablets to create their art.

The Tripwire Spring Special 2020 is a 144-page full color square-bound that retails for £7.99 UK/ $12.99 US. It’ll be available in the direct comic market and UK newstrade with an exclusive Flash 80th anniversary cover by illustrator David Michael Beck.

“The plan is that if this works, Tripwire will be back on a quarterly basis from this October,” Meadows said.

The magazine is currently being promoted on Indiegogo and those who support the project will get a Once & Future cover by Dan Mora, tying into the Gillen interview.