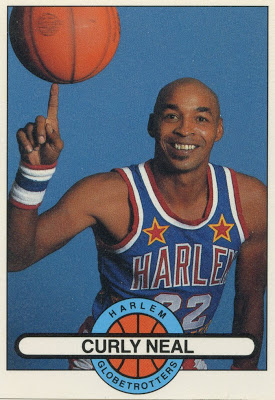 Harlem Globetrotter Fred “Curly” Neal died on Wednesday, March 25, 2020 at his home in Houston. He was 77 years old.

As part of the Harlem Globetrotters, Neal brought sports entertainment to millions of fans, introducing basketball to viewers around the world. For 22 seasons from 1963 to 1985, he played in over 6,000 games in 97 countries. Wearing jersey #22, he was recognized for his ball handling skills, shooting technique, and for wearing a big smile with an always bald head.

“We have lost one of the most genuine human beings the world has ever known,” said Globetrotters general manager Jeff Munn in a statement. “His basketball skill was unrivaled by most, and his warm heart and huge smile brought joy to families worldwide. He always made time for his many fans and inspired millions.”

The Globetrotters retired his jersey #22 in 2008, making him just the fifth player to have his jersey retired at that point.