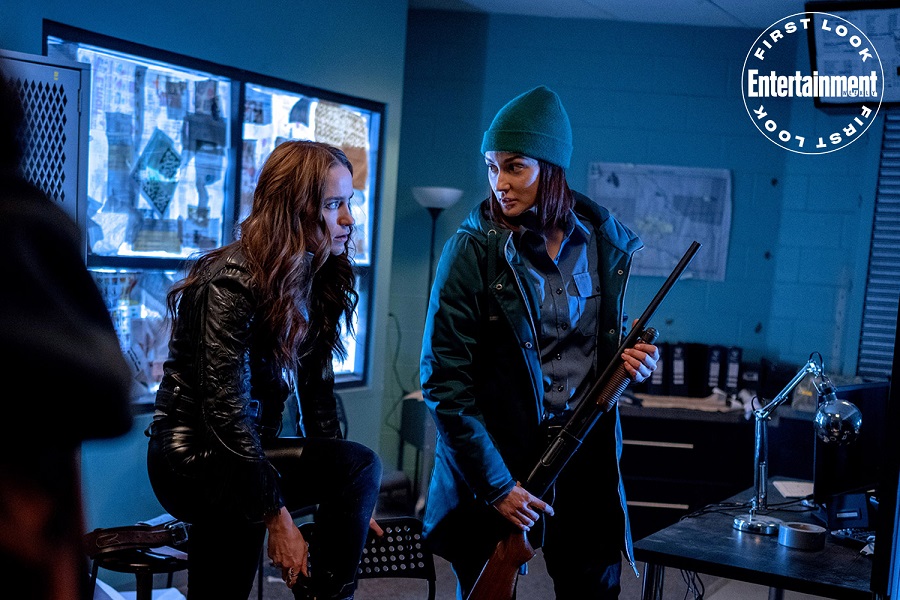 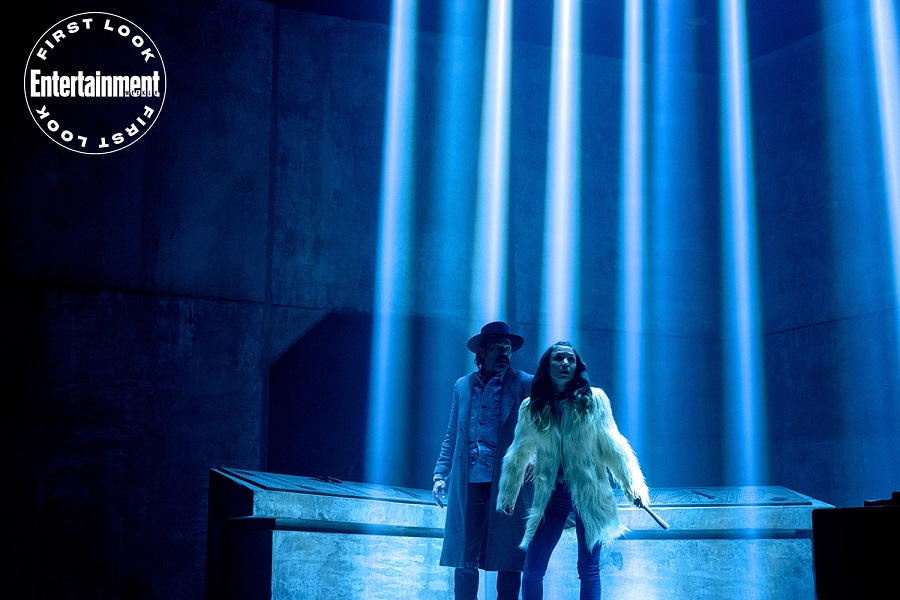 It’s been a long time since Wynonna Earp finished season three, ending with a cliffhanger and a previously uncertain future. Before COVID-19 reached pandemic level, the series had filmed several episodes of the critically acclaimed supernatural Western. As fans continue to wait for the cult favorite to return on Syfy, Entertainment Weekly has revealed two photos from the first episode.

The first image shows Wynonna Earp (Melanie Scrofano) and Nicole Haught (Katherine Barrell) gearing up for a potential assault – or perhaps a rescue mission. The second photo features Doc Holliday (Tim Rozon) and Waverly Earp (Dominque Provost-Chalkley) in what appears to be a large, imposing room with both looking in the same direction with worried expressions.

Season three ended with Waverly, who had learned that she is half angel, being pulled into the Garden of Eden. Doc Holliday, now a vampire, was able to use his supernatural status to follow her in to protect her. Being denied entrance, Wynonna heads back to town where the only person she finds is Sheriff Nedley.

Based on the comic book of the same name, the Wynonna Earp TV show has had a wild ride. The series ran its first three seasons in 2016-2018, and though a fourth season was greenlit, financial issues arose that put the show in jeopardy. But, the Earpers, as Wynonna Earp fans are known, rallied around the show with aggressive social media campaigns and even paying for multiple billboards in Times Square. Last year, the show was given the go-ahead to continue on and production began in late 2019-early 2020. When COVID-19 hit Calgary where the show is being filmed, production was halted about halfway through filming season four.

Wynonna Earp season four is set to premiere this summer on Syfy.