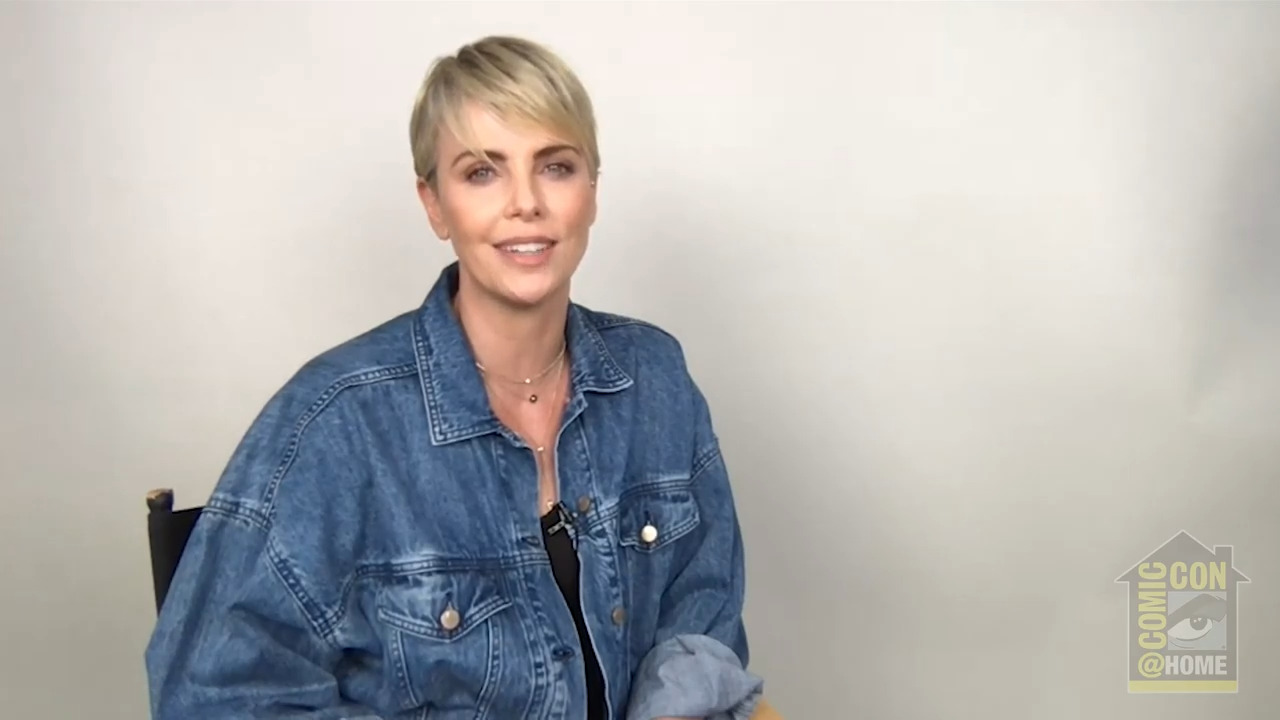 Actress and producer Charlize Theron was the subject of the one on one panel “Charlize Theron: Evolution of a Badass – An Action Hero Career Retrospective” during Comic-Con@Home. Moderated by IGN’s Terri Schwartz, the panel focused on Theron’s action films, from Æon Flux and The Italian Job to Mad Max: Fury Road and the more recent Atomic Blonde and The Old Guard.

Theron started the conversation by talking about her childhood and her family’s preference for watching action movies. She discussed the changing attitude toward women in action movies, as well as the frustration at dealing with sexism in the filmmaking process and how it drives her to keep pushing the system.

She shared what attracts her to the roles she’s played and who has inspired her in the action genre. She talked about what drew her to film adaptations of graphic novels with Atomic Blonde (based on The Coldest City) and The Old Guard (based on the book of the same name). She also discussed the technical aspects of doing stunts and the value of learning fight technique to make fight scenes look practical.

The full Comic-Con@Home panel is available below.