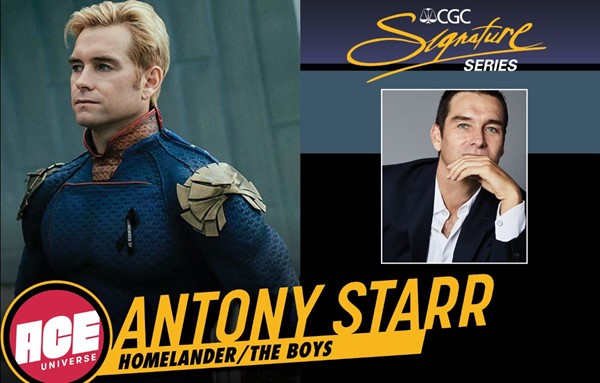 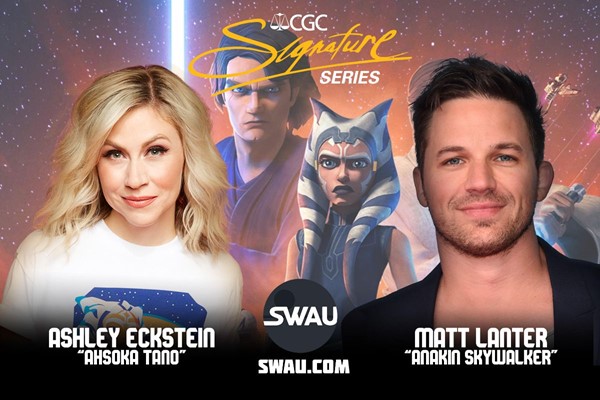 CGC is teaming with ACE Universe and PMX Events to bring Starr to the signing opportunity. Starr plays Homelander, the leader of the Seven on The Boys, an Amazon Prime adaptation of the comic series by Garth Ennis. Starr has also been in the series Banshee, the comedy Without a Paddle, and in the New Zealand comedy/drama Outrageous Fortune.

“Our joint partnership with ACE and PMX is once again bringing a special signing opportunity for our comic fans – especially those that love The Boys,” Brittany McManus, CGC’s Signature Series Director, said. “I’m beyond excited to have one of the lead characters from this comic series – now turned TV series – join our signing lineup.”

“Our partnership with CGC in-house signings continues with the amazing addition of The Boys’ Antony Starr, Homelander,” Stephen Shamus, ACE Comic Con President, said. “Season two is the hottest show on Amazon Prime and now you have your chance to get all your comics signed and graded in an expedited manner!”

CGC is working with SWAU to bring Eckstein (the voice of Ahsoka Tano) and Lanter (the voice of Anakin Skywalker) to a signing event. Fans can get one signature or both on one item.

Eckstein and Lanter have voiced Ahsoka and Anakin in The Clone Wars, Rebels, and Forces of Destiny. Eckstein has also been in That ‘70s Show, Blue Collar TV, and the Disney Infinity 3.0 game. Lanter’s credits include the 90210 remake, Timeless, and Jupiter’s Legacy.

“It’s been amazing watching the Star Wars franchise continue to grow and evolve, which is why we’re extremely elated to be hosting two of the talented individuals behind some of the best Star Wars characters in the franchise,” McManus said.

For these private signings, both free and paid CGC members can submit books directly to the CGC headquarters in Sarasota, Florida. CGC will work with Starr to have collectibles signed in late November and they’ll work with Eckstein and Lanter to have items signed in mid-February 2021.

Eckstein’s signing fee is $180 per item, Lanter’s is $120 per item, and both signatures on one item is $250. This includes the expedited turnaround times and encapsulation with CGC’s yellow Signature Series label and CCS pressing (for an additional $20 fee).

CGC must receive all submissions at their Florida headquarters for Starr on Monday, November 16 and for Eckstein and Lanter on Monday, February 8, 2021.