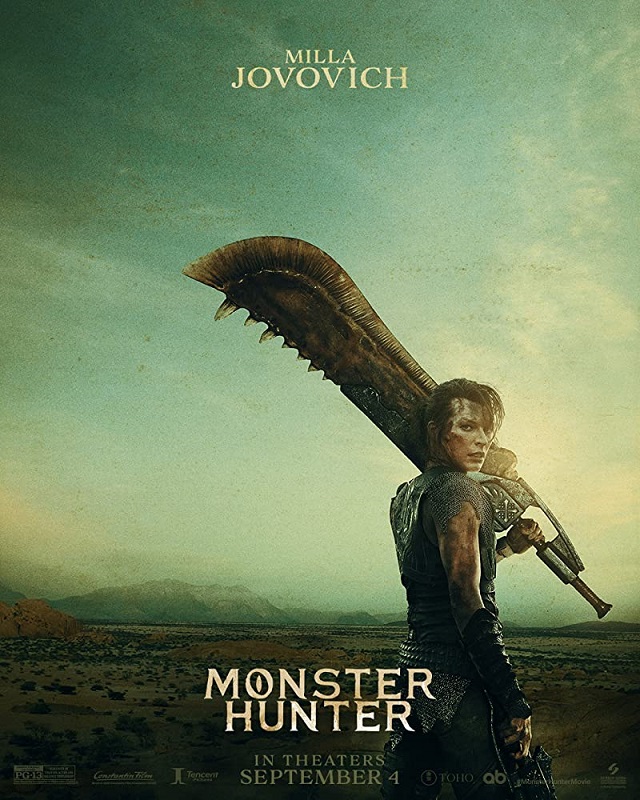 Sony Pictures has released the first full-length trailer for Monster Hunter, based on the popular video game franchise. The trailer shows off the fighting between the soldiers and monsters in what looks to be a popcorn style action movie.

The movie stars Milla Jovovich as Captain Artemis and her unit, consisting of T.I., Meagan Good, and Diego Boneta. The soldiers get caught in a sandstorm and are transported to another world populated by enormous and terrifying monsters. Not only will they fight to survive the predators, the team must try to keep the monsters from destroying their world.