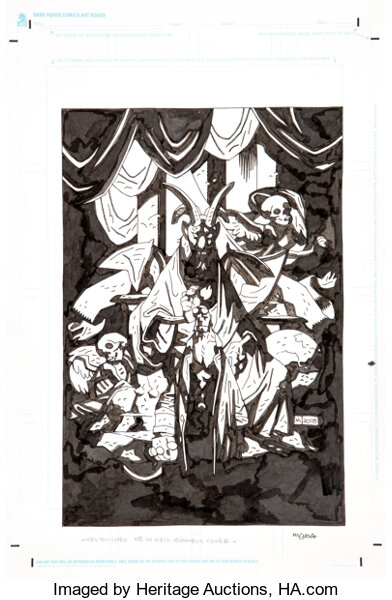 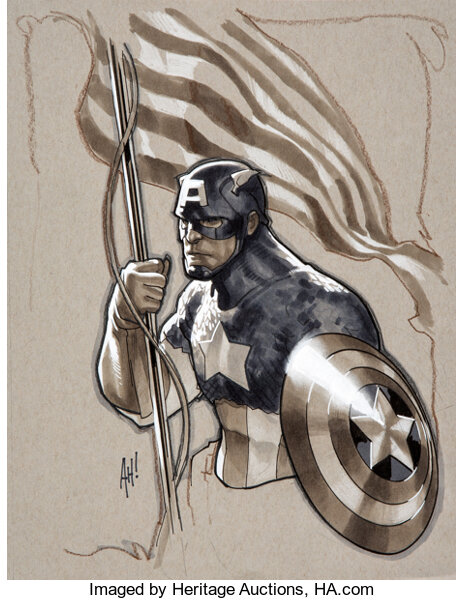 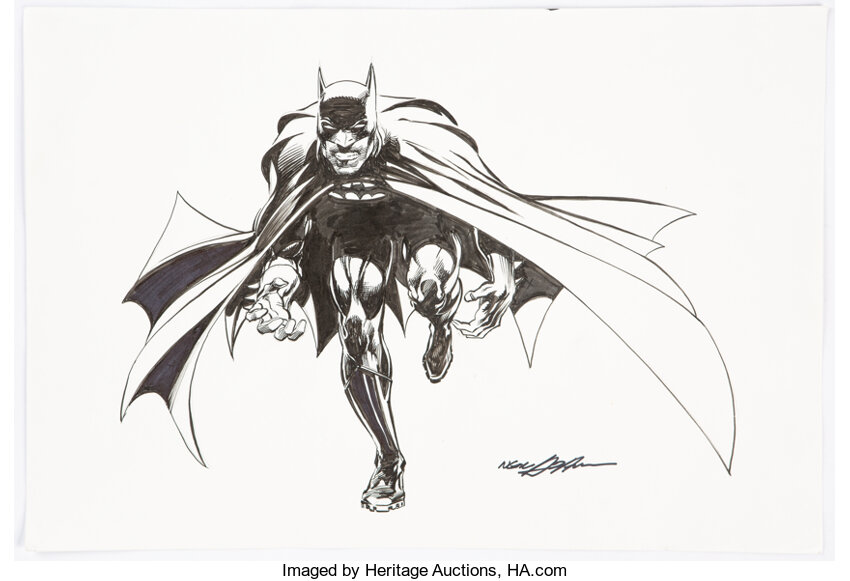 Heritage’s third Inktoberfest: The Ed Asner Family Center Annual Comic Art Auction is coming up soon on October 28, 2020. Since it was founded in 2018, the center has provided support for thousands of individuals with special needs. This has included everything from therapy and counseling to vocational instruction and cooking classes.

The Inktoberfest fundraiser helps them financially, which is especially important this year as the center was closed in the spring due to the COVID-19 pandemic. Once again, it features original art from popular comic creators, including pieces specially commissioned for the event, along with sought after variant covers, key pieces from popular books, and unpublished work.

Sienkiewicz, who has been instrumental in helping the Asners assemble this and previous auctions, has brought several items to this event – among them, a piece featuring the mutant Sydney Barrett, played by actress Rachel Keller, from FX’s Legion. Nowlan, who also helped gather artists for this charity auction, is contributing one of his most famous recent pieces: the variant cover for Venom #6.

Aaron Kuder offers the variant cover for the Symbiote Spider-Man: Alien Reality #1 featuring Spider-Man and Deathlok posed in a knowing nod to Erik Larsen’s Spider-Man No. 21 from 1990.

Jim Lee is giving the original cover art to The Intimates #1 for DC/Wildstorm in 2005. Jill Thompson provided the 2014 Beast of Burden original cover.

“The people we serve are people in desperate need of something to do and some hope to hang on to,” Ed Asner Family Center executive director and co-founder Navah Paskowitz-Asner said.

“I think it’s an incredibly important thing,” Matt Asner, son of the center’s namesake and its president and CEO said. “And this year’s auction is the most important one we’ve done, for sure. We thought this year would be incredibly tough with the pandemic. But the amount of people who did chip in and who did send us stuff has overwhelmed us.”

“Comic books influenced us in our childhood and into adulthood,” said Ed Asner, beloved for his roles on The Mary Tyler Moore Show, Lou Grant, and the Pixar film Up. “It happened with me, and it happened with Matt. And now, comics are a wonderful contribution to this very special cause.”

“This will be Heritage’s third year partnering with the Asners on this charity event, and, as always, it’s our pleasure and privilege to help them to raise money for a program that’s appreciated and beloved by so many in the comic-art community,” Jim Halperin, Co-Chairman of Heritage Auctions said.