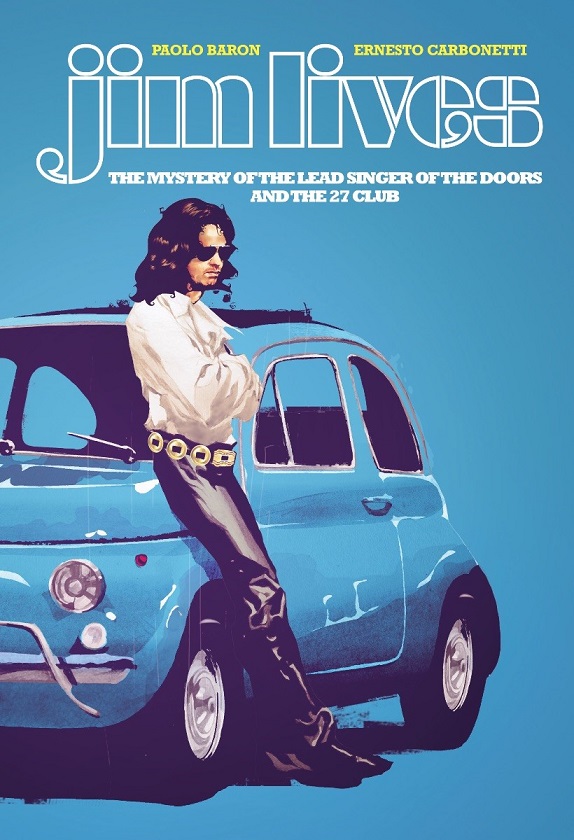 The Doors’ lead singer Jim Morrison was an enigmatic performer whose premature death fueled conspiracies that he could still be alive. Image Comics is set to explore the conspiracy in the new graphic novel, Jim Lives: The Mystery of the Lead Singer of the Doors and the 27 Club, by Paolo Baron and Ernesto Carbonetti. Jim Lives will be in stores in June 2021.

This follows their book, Paul Is Dead, following the conspiracy that Paul McCartney had died in the ‘60s and was replaced by a lookalike. They are the first two books in a planned conspiracy trilogy of graphic novels.

Jim Lives is about a man searching for his son, a journalist, who disappeared after sending the message that Jim Morrison is alive and hiding out in Italy.

“I wrote Jim Lives by continuously listening to The Doors vinyl records while I was in the small village where I set the story,” Baron said. “At one point I really saw him. I mean Jim.”

“I love to draw the small towns of the Italian province made of stone walls and roads that line the sea. While I was working on Jim Lives I felt there,” Carbonetti said.

Jim Lives will be available on Wednesday, June 16.