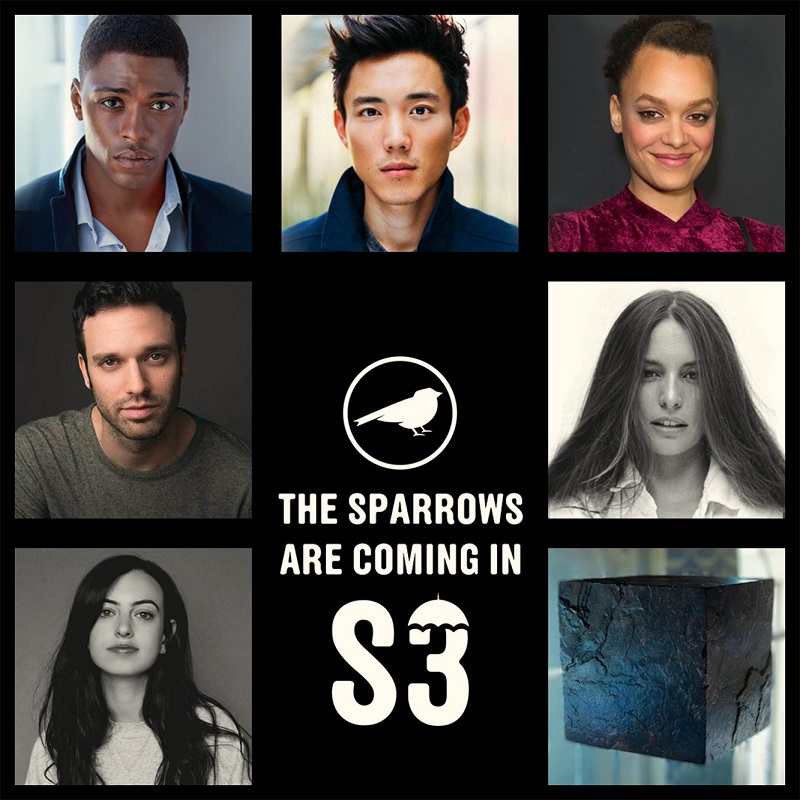 Netflix has announced the group of actors who will play the Sparrow Academy, including Justin H. Min (as Ben or a doppelgänger), Justin Cornwell, Britne Oldford, Jake Epstein, Genesis Rodriguez, and Cazzie David.

Cornwell (I Am the Night) plays Marcus/Sparrow #1, the charming but lethal, leader who keeps the family together. Min will be Ben/Sparrow #2, though a different version who is vicious and vigilant. Oldford (The Path), stars as Fei/Sparrow #3, who sees the world in a different way and is likely the smartest person in the room. Epstein (Designated Survivor), plays Alphonso/Sparrow #4, a crimefighter with plenty of scars and a biting sense of humor. Rodriguez (The Fugitive), stars as Sloane/Sparrow #5, a romantic dreamer who wants to explore the world. David (86’ed), portrays Jayme/Sparrow #6, the quiet loner with a scary snarl. The Existential Dread Inducing Psykronium Cube, is also known as Christopher/Sparrow #7, the family oracle who hands out advice and can also make a room freezing cold or create extreme fear.

Netflix also released an image of the new cast members to the accompany the announcement. The 10-episode third season will begin production in February 2021.