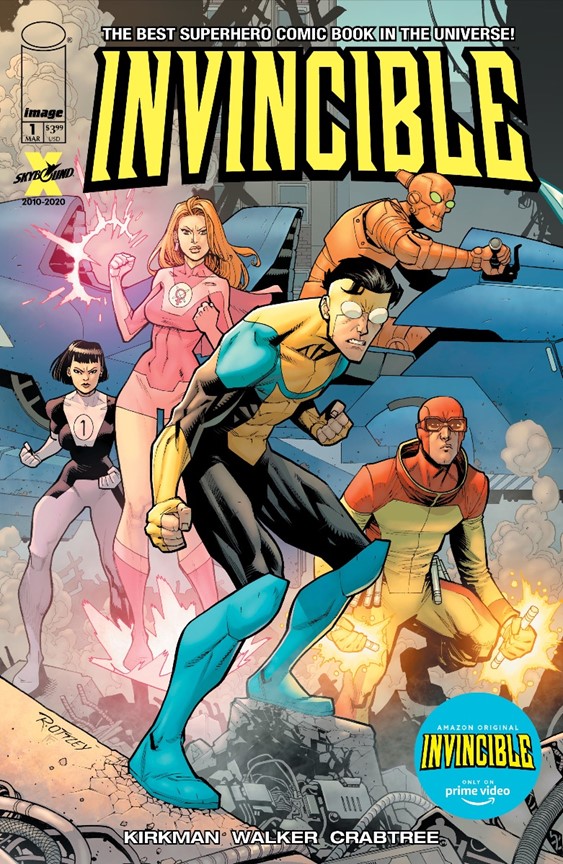 The first issue of Robert Kirkman’s Invincible is being rereleased ahead of the TV series adaptation with tie-in perks. The limited edition rerelease of Invincible #1 will come with a new cover by series artist Ryan Ottley and colorist Nathan Fairbairn that shows off the TV adaptation art. It also features exclusive behind the scenes images from the new show.

The first issue of the Skybound/Image comic introduces Mark Grayson/Invincible, and the Teen Team that also includes Atom Eve, Robot, Dupli-Kate, and Rex Splode. This variant of Invincible #1 will be released in time for the premiere of the animated series.

Like the comic, the Invincible TV show will follow teenager Mark Grayson as he learns about his own superpowers and his father, the most powerful superhero on Earth. It premieres on Prime Video on March 26, 2021.

The Invincible #1 TV variant will be in comic shops on March 17.