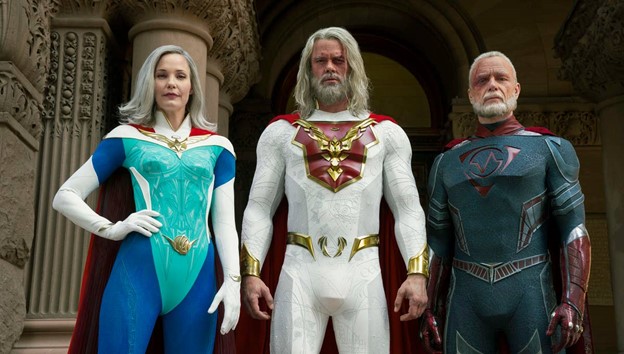 Netflix has released the first full length trailer for Jupiter’s Legacy, previewing the eight-episode season that will begin on May 7, 2021. One generation of superheroes must adjust to the changes they see in the world while the next confronts the expectations set on them.

The action and drama filled trailer promises that “No legacy lasts forever.” It starts with the Golden Age of Heroes on the island where they were imbued with superpowers before jumping forward 90 years as Utopian questions what they have to show for that time. What follows are fights between the superheroes and villains, as the multigenerational family deals with the pressures of being superpowered figures.