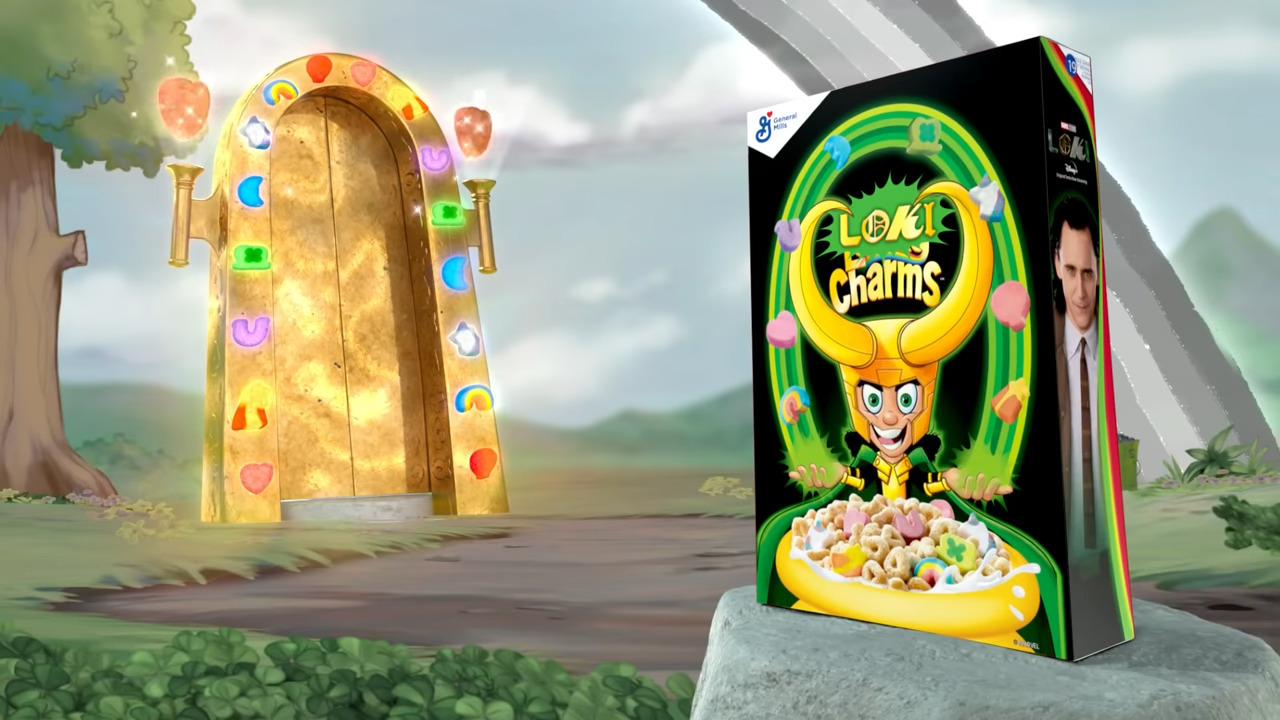 Since Loki, the god of mischief, is ready to take our viewing attention he might as well cover the breakfast table too. Before Loki arrives on Disney+, Lucky Charms released a new ad to promote the limited edition Loki Charms.

The box art features a cartoon drawing of Loki wearing his trademark horned helmet along with an image of Tom Hiddleston in his MCU costume. The cereal inside will be the same frosted oats and marshmallows found in regular Lucky Charms.

The special cereal box opened for orders at MischievouslyDelicious.com, starting on June 9, 2021, at 11 AM ET – the same day that Loki will start streaming on Disney+. The special Loki Charms cereal will be limited to only 3,500 boxes.