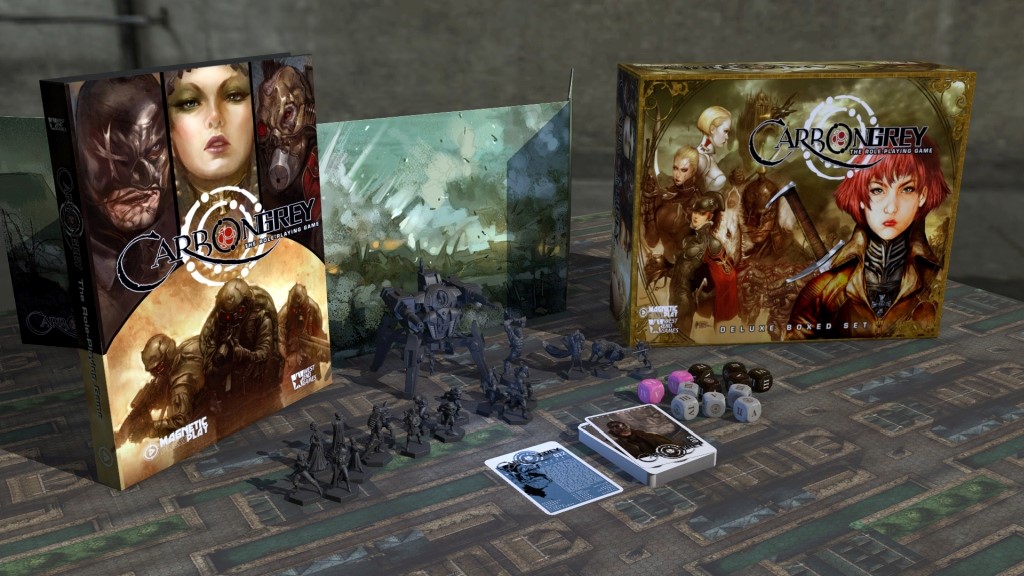 Graphic novel and art book publisher Magnetic Press has formed Magnetic Press Play, a new imprint to produce tabletop games and transmedia properties. Magnetic Press Play’s first project will be titled Carbon Grey, an original roleplaying game based on the graphic novel series by Hoang Nguyen that was originally published by Image Comics. Games and supplements to follow will be based on licenses like Chaosium’s Call of Cthulhu and popular anime series.

“Tabletop gaming is all about creating new stories through gameplay, and it’s the kind of experience I’ve wanted to return to since leaving a 20-year career in video games,” Magnetic Press Play founder and Publisher Mike Kennedy said. “We’ve put an incredible amount of time and effort into creating a tabletop company and putting together our product lineup, and it’s exciting to finally pull back the curtain on them!”

The first project under Magnetic Press Play will also be their first in the licensing partnership with game publisher, West End Games. Their D6 System roleplaying ruleset was used for the foundation of Carbon Grey’s gameplay.

“We’re very excited to work with Magnetic Press Play on their lineup of D6 System-based titles,” Steve Wieck for West End Games and Nocturnal Media said. “We’re honored that they chose West End Game’s time-tested system as the core of Carbon Grey and their other planned titles and can’t wait to see the results when it hits tables.”

Carbon Grey is set in Europe in an alternate history of World War I with diesel-punk technologies and paranormal elements. The sourcebook is being written and overseen by game designer and graphic novelist Andrew E.C. Gaska.

More details on Magnetic Press Play are available on their website.