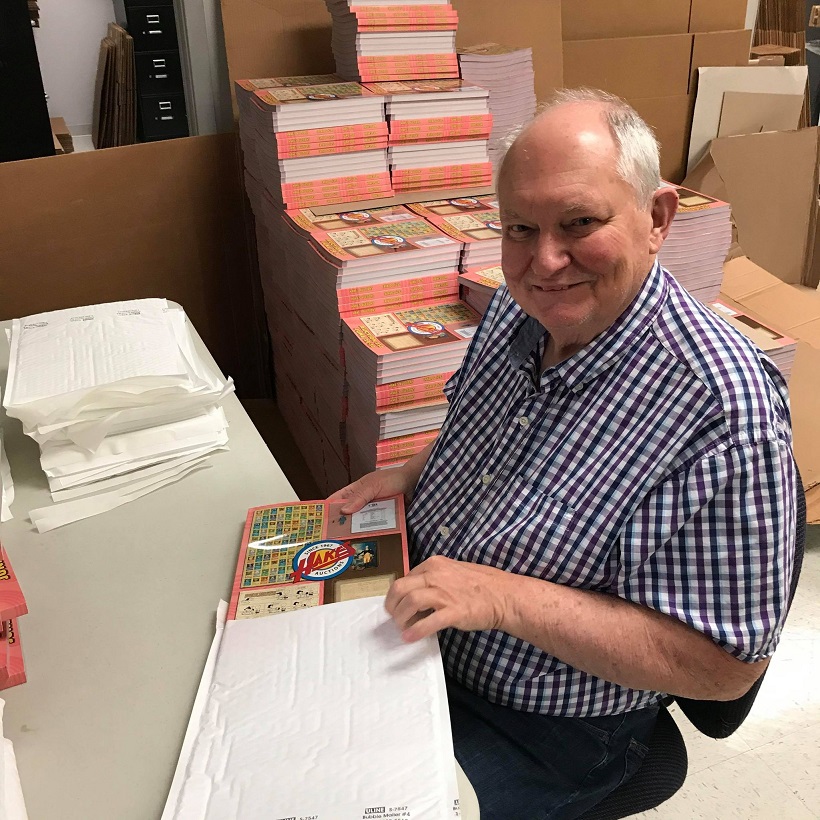 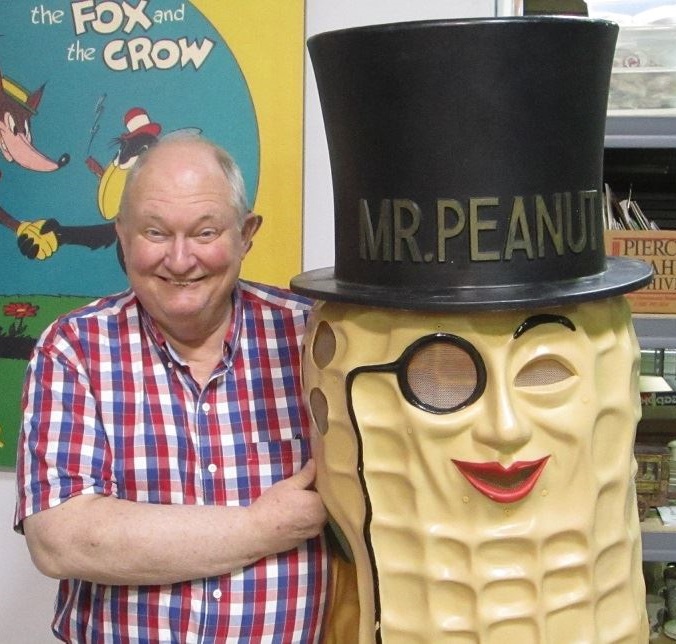 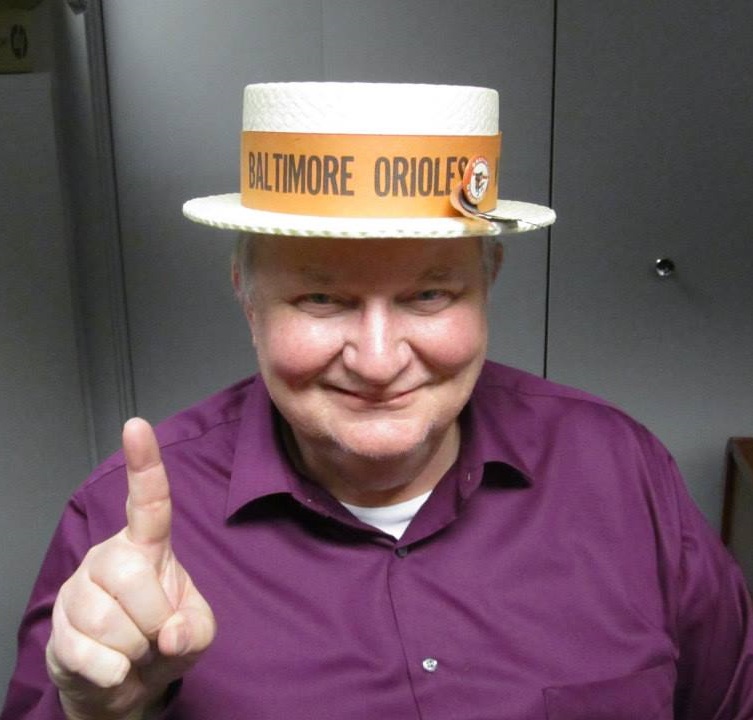 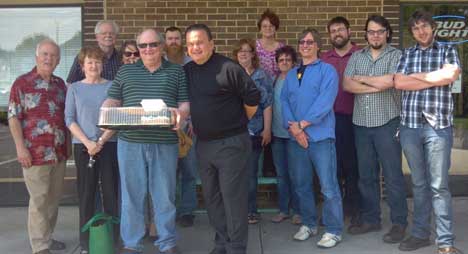 Clarence “Deak” Stagemyer, a longtime member of the Hake’s Auctions team, passed away on Monday, August 9, 2021, in his sleep. He was 74 years old.

Stagemyer was known for his vast knowledge of pop culture collectibles and his good-natured personality that made him well liked amongst his peers.

Born and raised in York, Pennsylvania, Stagemyer lived on the same street his whole life. He started working for Hake’s Auctions in 1978, becoming auction house founder Ted Hake’s first employee. After holding the position of Shipping Manager for nearly 30 years, he transitioned from the shipping department to become Production Manager in 2006.

In 2012, Stagemyer semi-retired, moving into a part-time role at Hake’s where he handled acquisitions. Though his new role in the auction house was considered part-time, he was still at the Hake’s office on a regular basis, working on a variety of projects.

Stagemyer was a lifelong collector, who regularly hunted for new collectibles at flea markets, conventions, and auctions. His collection began with early interests in Art Deco and Disneyana, then grew into Roseville Pottery, Japanese tin trucks, lunch boxes, and anything else that drew his attention.

After Stagemyer’s passing, Scoop reached out to the Hake’s Auctions team to hear more about him in their own words:

“Deak was a wonderful and trusted friend for decades. For me, time is now measured as before Deak and after Deak,” Ted Hake, founder of Hake’s Auctions, said.

“Deak was one of those people you rarely, if ever, saw without a smile on his face, and his smile was one that would make you smile in turn, regardless of the kind of day you were having. In addition to being kind and upbeat, he was a true collector, particularly of Disneyana. I always enjoyed talking with him about our respective latest finds. While I’m so sorry he’s gone, I trust that I will see him again one day,” Steve Geppi, President of Geppi Family Enterprises, said.

“Deak is the reason I do what I do. As a young teen I started helping Deak at toy shows and his booth at Renningers Antique Market. That led to him getting me my first (and only) job at Hake’s when I turned 16,” Hake’s President Alex Winter said. “I have spent more time in Deak’s presence than just about anyone else in my life. Forget the countless hours at work, outside of that we had an incredible friendship. He took me to my first concert (and many more after that), we shared too many dinners to count at so many different restaurants, went on many long road trips in search of the next treasure, and so much more. He was always there for me. Whatever I needed, whenever I needed it. I never heard him say, ‘no.’ There is a void in my heart that will never be filled. I will think of him every day. His good-hearted nature and happy spirit will live on forever, I will make sure of that.”

“Deak was one of a kind and there will never be anyone else like him. I will miss him immensely every day,” Hake’s Operations Manager Heather Winter said.

“Hake’s will never be the same without Deak, he will surely be missed,” Hake’s Consignment Manager Kelly McClain said.

“Deak was one of a kind. Absolutely one of the nicest people I’ve ever met and always ready with a smile. His knowledge, enthusiasm and genuine love of collectibles were inspiring,” Hake’s Senior Cataloger Mike Bollinger said. “I’m glad to have known him and proud to have called him friend. He had the ability to light up any room he came into, and he definitely left his mark on countless lives. I will always cherish the many memories and funny stories he was roped into. He will be missed more than words can do justice.”

“Deak was a friend, a mentor and the friendliest, easy going man I ever met. He will forever be missed,” Hake’s Production Manager Todd Sheffer said.

“Deak always had a smile on his face and no matter the situation had a chipper demeanor. He was always up for a meal and so gracious with his knowledge to any who would seek it. His extensive experience and unwavering dedication to collectibles and the local restaurant scene is going to be greatly missed. I hope wherever he is now they have a sufficient supply of shrimp and scallops,” Hake’s Americana Specialist Scott Mussell said.

“Deak was always a joy to be around. Even in moments where you would think there was no joy to be found he always managed to make me smile. Whether it was on purpose or just a laughable absurd comment,” Hake’s Catalog Manager Terence Kean said. “He not only made me feel like he cared about me but also about my life in general. He would always sincerely ask about my wife and child but also my friends and parents whom he may have only met a couple times. He was just the pure definition of a very nice person and I think this world needs more of that. The time I shared with him will always be cherished and never forgotten. To say he was like family to me is almost an understatement because I have family that I don’t even care for, but I cared about Deak. My only hope is that he could tell that I and others felt the same way about him before he left. He will be missed.”

“As I stood in silence upon hearing this news, I felt sad that we had lost a friend, but took joy in realizing that Deak was able to enjoy his extended family every day as he continued his devotion to the ‘family’ at Hake’s,” Hake’s cataloger Jack Dixey said.

In June 2008, Stagemyer started selling his Disneyana collection at Hake’s. After the auction, he spoke to Scoop about his collection and the results from the sale. Jump to our Main Event to read the interview Stagemyer did in 2008.