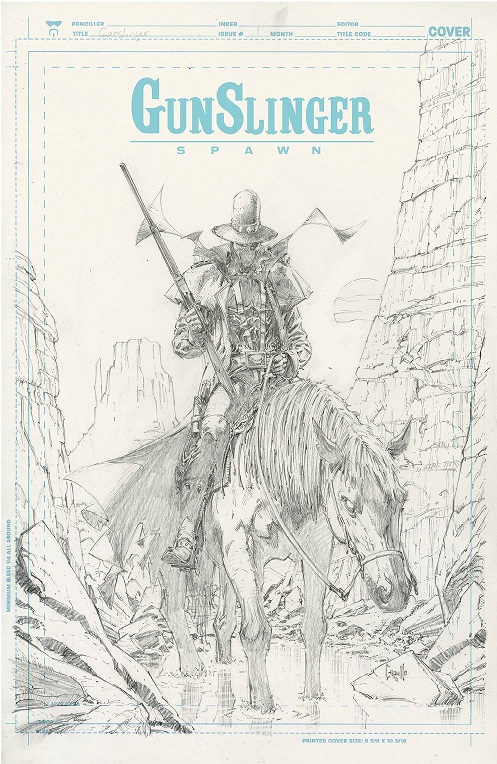 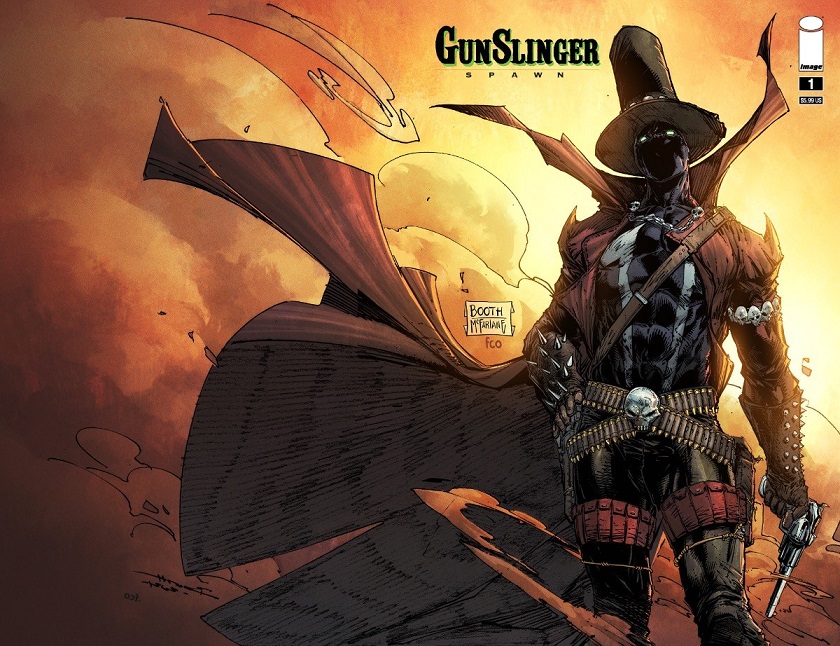 Todd McFarlane’s Spawn universe is continuing its expansion in October 2021 with Gunslinger Spawn. This is the third of four new Spawn series to launch in just five months.

“The new comic title features Gunslinger Spawn, a man out of time who is unwillingly thrust 200 years in the future to the 21st century. Not only does he have to navigate a new world, but he’ll have to deal with the demons of his past. No one is safe from his vengeance as he heads into battle with guns blazing as he tries to find his way back home,” Image Comics’ description reads.

Brett Booth provided the art for the debut issue, with additional art by Philip Tan, Kevin Keane, and Thomas Nachlik, with colors by FCO, Andrew Dalhouse and others. McFarlane is writing the regular ongoing story and working with Aleš Kot on backup stories. The first issue will see covers by Greg Capullo, John Romita Jr., TonTon Revolver, Booth, McFarlane, and Robert Kirkman.

Gunslinger Spawn #1 includes a 1:250 copy incentive cover. McFarlane will sign and create sequential numbers for each issue, mirroring what he did for the King Spawn #1 variant. This 1:250 cover will include a CGC Certificate of Authenticity that retailers can send in and redeem to have CGC grade the books. This is the only tine that McFarlane will sign the Gunslinger Spawn #1 1:250 incentive copies.

Cover G with pencils by Booth and inks by McFarlane has an added feature. That cover joins with the King Spawn #1 and The Scorched #1 to interconnect as one piece.

There will also be a Gunslinger Spawn #1 1:50 copy incentive cover by Capullo.

“Gunslinger Spawn returns with a vengeance, and he will make Spawn look like a Boy Scout,” McFarlane, Spawn creator and Image Comics President said. “Finally, fans will get a glimpse into his history as we dig deeper into his past and explore his future.”