The bedeviled residents of Woodsboro are being tormented by Ghostface once again. Scream, the horror franchise that began 25 years ago in 1996, is back for its fifth installment.

The movie is titled Scream, following the trend of reusing the original title rather than adding the sequel number. Franchise stars Neve Campbell as final girl Sidney Prescott, Courteney Cox as journalist Gale Weathers, and David Arquette as police officer Dewey Riley – who have appeared in all four of the previous movies – are back. Little has been revealed about the storyline other than that a new Ghostface dons the infamous costume to kill teenagers while also bringing to light secrets from Woodsboro’s past.

Opening with Ghostface stalking a girl using modern technology to his advantage, the trailer establishes that the series’ trend of moving with the times continues in the fifth film. This time, it seems that Ghostface is stalking young adults with ties to the original killers. Enter, the original survivors to help them face the new killer – including taking a trip back to Stu Macher’s house where many of the first Scream’s murders took place.

The new Scream is directed by Matt Bettinelli-Olpin and Tyler Gillett, who previously shared directing duties on Ready or Not. This is the first movie in the series not directed by Wes Craven and the first since he died in 2015. The script was written by James Vanderbilt and Guy Busick. Kevin Williamson, the writer of the original Scream, as well as Scream 2 and Scream 4, is onboard as an executive producer.

Marley Shelton, who was introduced in Scream 4, is back as Deputy Judy Hicks. It hasn’t been confirmed if Roger Jackson, the voice of Ghostface and only other actor that has been in all four movies, will voice the villain for the new movie. 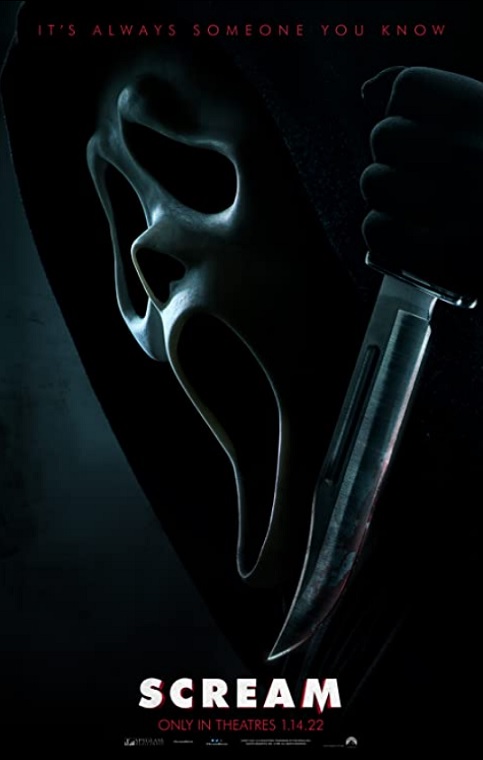