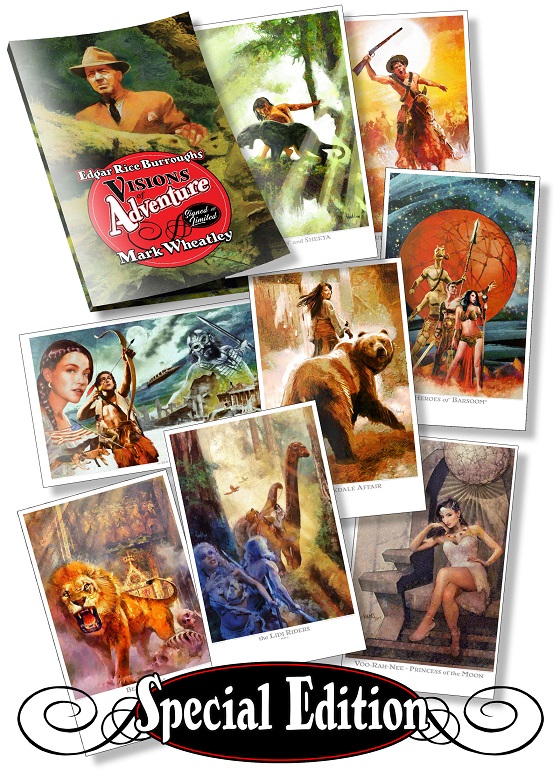 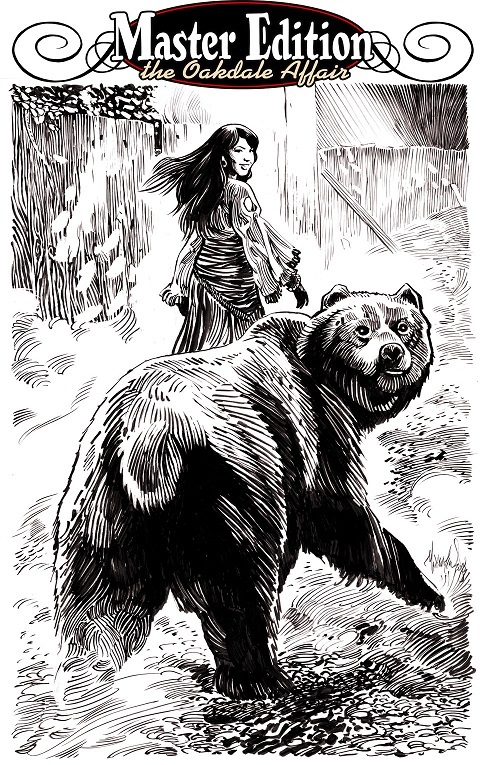 The worlds of Edgar Rice Burroughs are being brought to life anew in the first Edgar Rice Burroughs Visions of Adventure portfolio. Crafted by Insight Studios and Mark Wheatley by arrangement with Edgar Rice Burroughs, Inc., it features a curated collection of eight paintings that bring to life his creations. The portfolio can be ordered through a Kickstarter campaign that goes live on Friday, October 15, 2021 at 4:30 PM ET and will run through November 12 at 11 PM ET.

The central reward for the campaign is the Edgar Rice Burroughs Visions of Adventure portfolio. The special edition of the portfolio is in an illustrated folder and holds at least eight rich color plates on high quality 100lb stock. It is a limited edition to 500 copies with at least the first piece in each portfolio signed by the artist. The folder will be signed for all backers. The fully illustrated wraparound folder features Wheatley’s original portrait of Burroughs in one of his jungle settings.

Rewards are available in a wide price range, including the exclusive digital Visions of Adventure Sketchbook, original Wheatley art, and limited early bird discounts, among others. Once stretch goals are met, bonus prints and more signed plates will be added to the portfolio.

Prior to this, Wheatley has worked on other Burroughs-related projects starting in the early ‘90s when he edited and occasionally illustrated Tarzan comics. He wrote the Tarzan the Warrior comic series and has illustrated other Burroughs projects, like the Tarzan and the Dark Heart of Time and Swords Against the Moonmen novels. He also created development and design work for Burroughs TV and live stage productions.

“Now that there is a new wave of exciting creations coming from the Edgar Rice Burroughs company, I think the time is ripe to present the very best of my Edgar Rice Burroughs art. We already have proofs of the prints, and these paintings have never looked better,” Wheatley said.