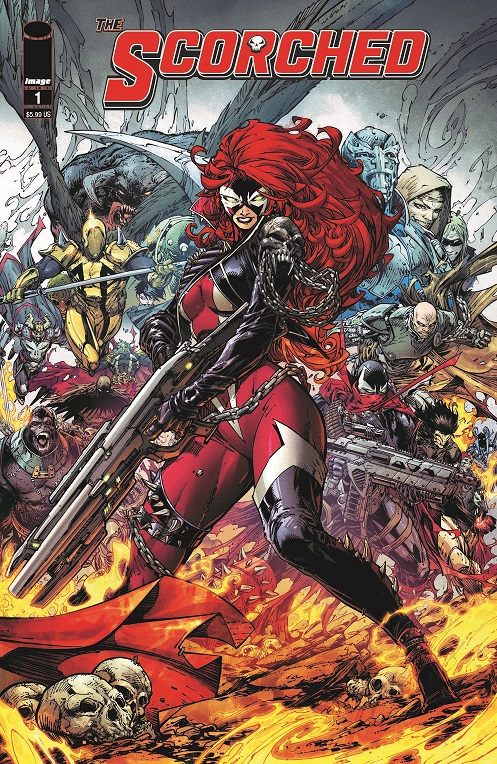 Image co-founder Todd McFarlane’s first Spawn superhero team book is heading to comic shops in January 2022. The Scorched is next title in the Year of Spawn, featuring the creative team of writer Sean Lewis and artist Stephen Segovia and Paulo Sequeria. It gathers 30 years’ worth of Spawn characters including Spawn, Reaper, Redeemer, Gunslinger, Medieval Spawn, She-Spawn, and many others.

“We are doing a free upgrade on The Scorched #1 cover stock to be closer to the quality of the Spawn monthly comics, after hearing comments from some retailers and fans. We are listening to you,” McFarlane said. “The Scorched #1 is on track to become another record-setting new title, and I want to thank all the comic retailers and fans for their support. We are having a blast creating an all-new team book with new storylines, old and new superhero characters.”

The Scorched #1 will also have a 1:50 incentive variant by Capullo.

For every 250 copies that retailers order, they will be eligible for five of Capullo’s covers and one of McFarlane’s cover.