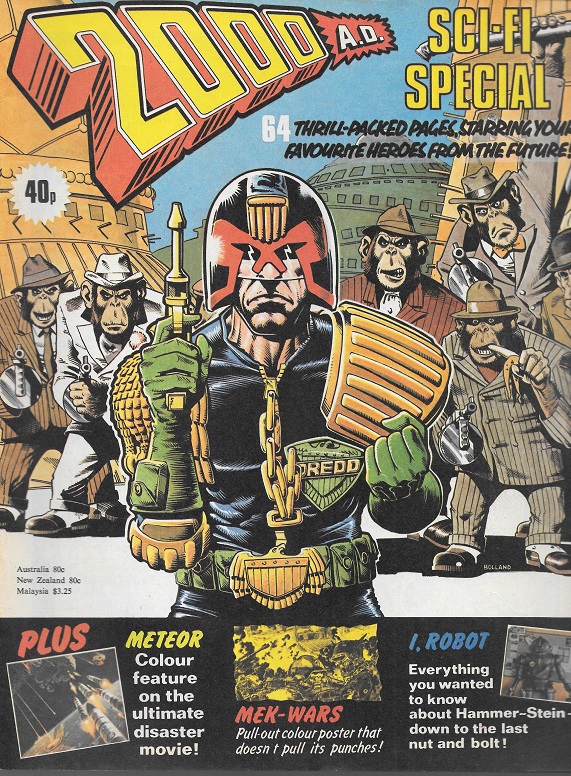 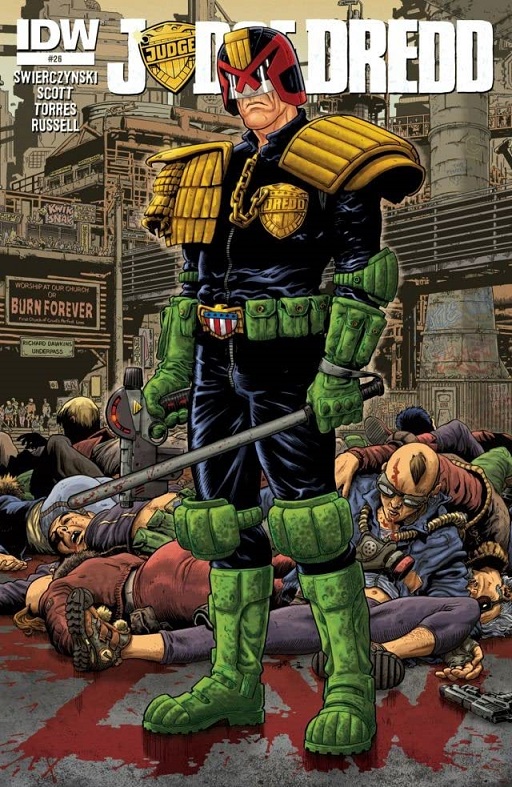 Judge Dredd is getting his own museum exhibit in celebration of his 45th anniversary in comics. The Cartoon Museum in London is hosting the Dredd @ 45 exhibit, which runs from Thursday, January 20 to Sunday, April 24, 2022.

Set in a dystopian future, Judge Dredd is a law enforcement and judicial officer who works in Mega-City One. Created by writer John Wagner and artist Carlos Ezquerra for 2000 AD #2, he is the longest running character from 2000 AD. Since his debut in the British weekly anthology comic, Dredd has starred in his own comic series, a pair of live-action films, novels, video games, and tabletop games.

Over the course of 45 years, he has maintained his signature look through the transitioning styles and artistic methods. “From the physical, cut-and-stick techniques utilized in the 1970s, to the crisp lines of the 1980s and the acetate overlays and detailed inking of the 1990s, to the introduction of digital techniques in the 2000s, Judge Dredd has stood steadfast as the world of comic creation has changed around him. Dredd is always different, but always the same,” the museum’s exhibit notice reads.