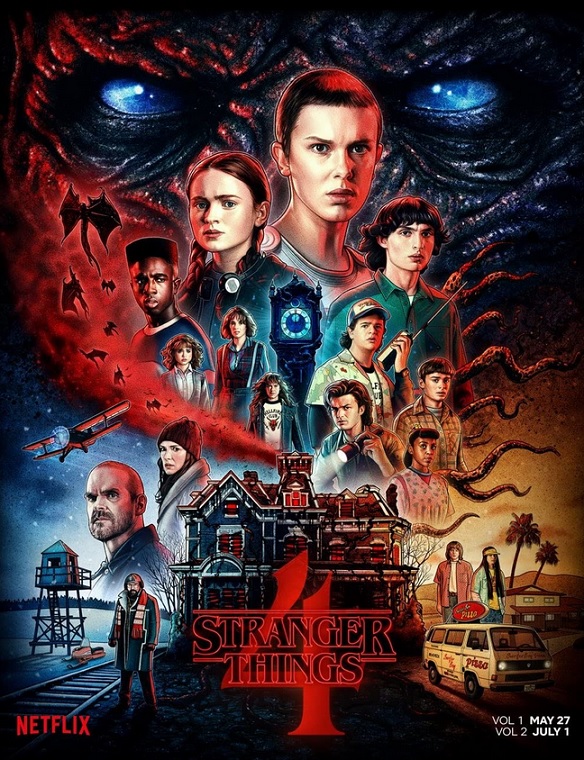 Stranger Things makes its long-awaited return to Netflix this week. In February 2022, the Duffer Brothers let fans know that the fourth season would be broken up into two parts, with the first part dropping on May 27, followed by the second part on July 1. Netflix has announced the episode breakdown will consist of seven episodes in part 1, then two supersized episodes in part 2.

The first three seasons of Stranger Things have each had eight to nine episodes, all of which dropped at once. Not only will season four break from that form with a two-parter, Netflix also stated that the upcoming season will be over five hours longer than the previous seasons.

It’s been nearly two years since the Duffers and Netflix dropped season three of Stranger Things. The new season will be set in multiple locations, including Hawkins where Mike (Finn Wolfhard), Dustin (Gaten Matarazzo), Lucas (Caleb McLaughlin), and Max (Sadie Sink) are getting on with their lives; California where Eleven (Millie Bobby Brown), Will (Noah Schnapp), Jonathan (Charlie Heaton), and Joyce (Winona Ryder) have moved; and in Russia where Hopper (David Harbour) is being held in a prison/workcamp.

When Netflix announced the episode breakdown for season four, they also dropped the first eight minutes of the season premiere on Twitter.