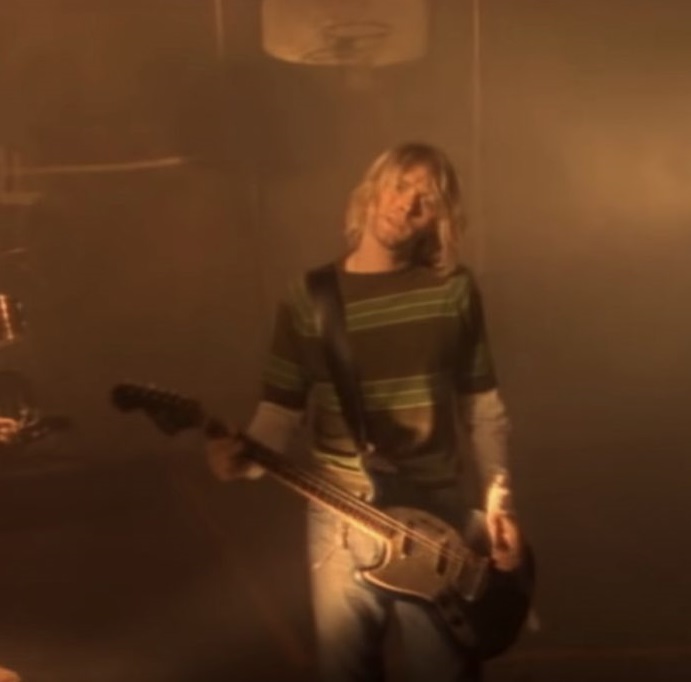 Cobain famously used the guitar for Nirvana’s “Smells Like Teen Spirit” music video in 1991. An anthem for youth rebellion, the song and its iconic music video turned the Seattle-based band into the faces of the ‘90s grunge era.

The guitar was used while Nirvana recorded their albums Nevermind and In Utero. Cobain also played it during Nirvana’s 1991 Tree Club, Dallas show and at the 1993 Hollywood Rock Festival appearance in Rio de Janeiro.

The winning bidder is Indianapolis Colts owner Jim Irsay, whose collection is well known for its museum quality material from music history.

“To have this legendary guitar, one of the most culturally significant and historically important guitars of Kurt Cobain and in all of rock music history return to my home state of Indiana to be part of Jim Irsay’s renowned memorabilia collection is a great honor and personal highlight of my life,” Julien’s Auctions President & CEO Darren Julien said. “This once in a lifetime auction has been one of the greatest privileges in my professional career and I’m duly pleased that the proceeds will also bring much needed attention to mental health awareness.”

Cobain’s Fender Mustang is now the second most expensive guitar sold at auction. It sits behind the Martin D-18E acoustic guitar that Cobain used during Nirvana’s MTV Unplugged session, which sold for $6 million in 2020.

A portion of the sale will go to support the mental health charity Kicking the Stigma, founded by Irsay.

Several other Cobain items sold for large sums in Julien’s auction, including his 1965 Dodge Dart that realized $375,000. His “In Utero” tour Fender Mustang guitar sold for $340,000, the cardigan he wore while performing on MTV Unplugged sold for $334,000, and a self-portrait that Cobain drew and signed hammered for over $281,000.