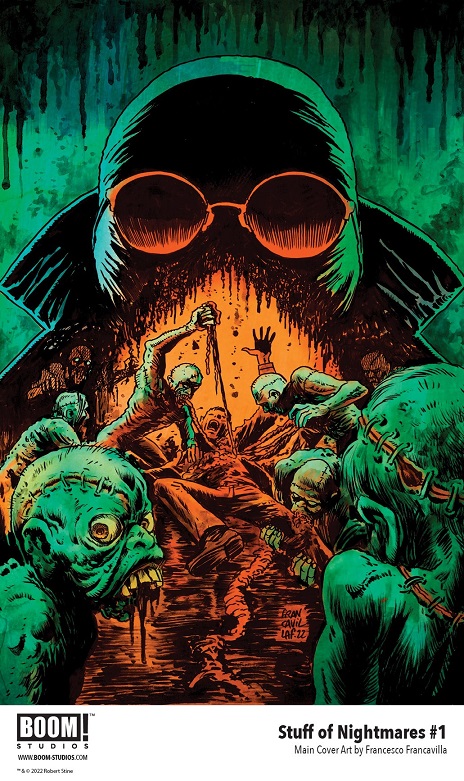 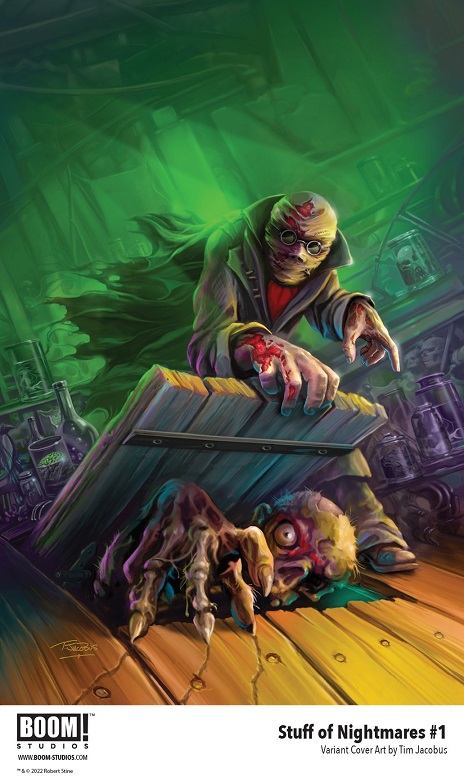 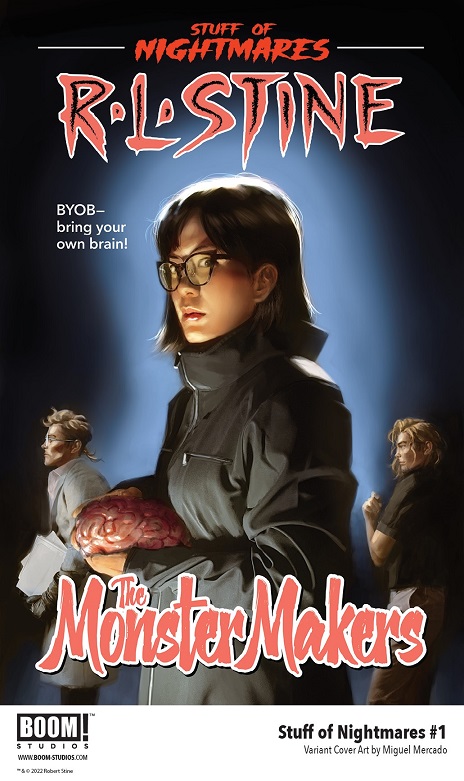 R.L. Stine, the author behind the Goosebumps and Fear Street series, is putting his spin on iconic monsters and horror creatures in the new comic, Stuff of Nightmares. Published by BOOM! Studios, the four-issue limited series will feature art by A.L. Kaplan (Maw) and colors by Roman Titov (Eat the Rich).

Stuff of Nightmares starts with a pair of twisted brothers in the familiar tale of a mad scientist trying to create life. But as BOOM!’s description promises, “the monster you encounter isn’t the one you thought it’d be,” and it isn’t a series for kids.

“AT LAST I’m free to let my most horrific fantasies out! Hey, kids – stay away from Stuff of Nightmares,” Stine said. “It’s my first horror comic book work for grownups. Ghastly, gory, and I hope, good stomach-churning fun!”

“As a lifelong fan of horror, and especially R.L. Stine, it’s been an exciting experience to work with him on this dark and twisted series about the monsters that fuel our nightmares,” Kaplan said. “It was thrilling to get a chance to bring the truly macabre and creepy elements of the characters that Stine created onto the page so I hope readers get just as many chills down their spine as I did when they read this series for the very first time!”

The first issue of Stuff of Nightmares #1 comes with a main cover by Francesco Francavilla and variant covers by Miguel Mercado (a Fear Street homage), Adam Gorham, Jenny Frison, and Kyle Holtz. There’s also a rare variant by Björn Barends signed by Stine and glow in the dark covers by Francavilla and original Goosebumps cover artist Tim Jacobus.

“For all of us who grew up reading R.L. Stine’s work, we now have something terrifying to sink our teeth into as adults, especially those who have a sordid love for Fear Street, EC Comics, and classic horror,” BOOM! VP, Editorial & Creative Strategy Bryce Carlson said. “I can’t wait for the Nightmare Keeper to lead everyone into this horrifying new series that is truly the Stuff of Nightmares!”

Stuff of Nightmares will be in comic shops in September 2022.