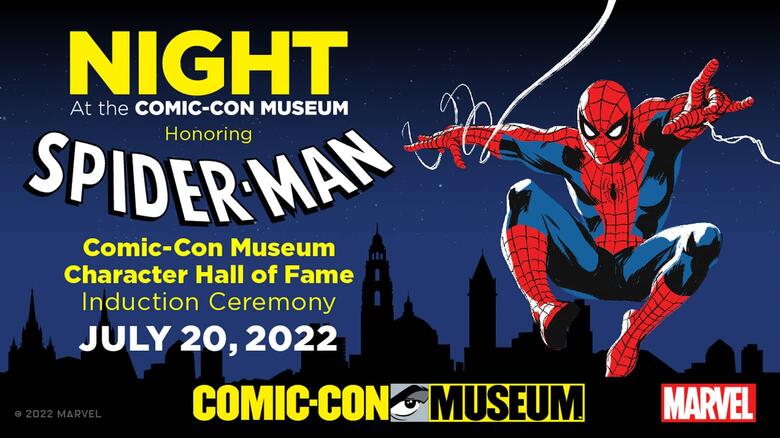 “Ever since his debut in 1962, Spider-Man has stood the test of time as one of the most iconic, inspiring, and influential characters in pop culture, capturing the imagination of fans all around the world,” Marvel Editor-in-Chief C.B. Cebulski said. “Whether you grew up following Spider-Man’s adventures in comics, television, video games, or films, no other character embodies the heart and humor of Marvel quite like Peter. We’re thrilled to pay tribute to Spider-Man’s long-lasting legacy, and we’re honored to see him join the Comic-Con Museum Character Hall of Fame.”

Spider-Man’s special induction ceremony during Night at the Comic-Con Museum will also include the chance to explore the Marvel’s Spider-Man: Beyond Amazing – The Exhibition. Art and costumes are displayed, alongside interactive experiences, and the special event will feature live entertainment, special guests, and more.

“Comic-Con celebrates comics and related popular arts during four exciting days each summer,” Comic-Con Museum Executive Director Rita Vandergaw said. “The new Comic-Con Museum is here to extend that experience to visitors throughout the year. We are thrilled to be a part of the celebration of Spider-Man’s 60th anniversary and to welcome him into the Comic-Con Museum Character Hall of Fame.”