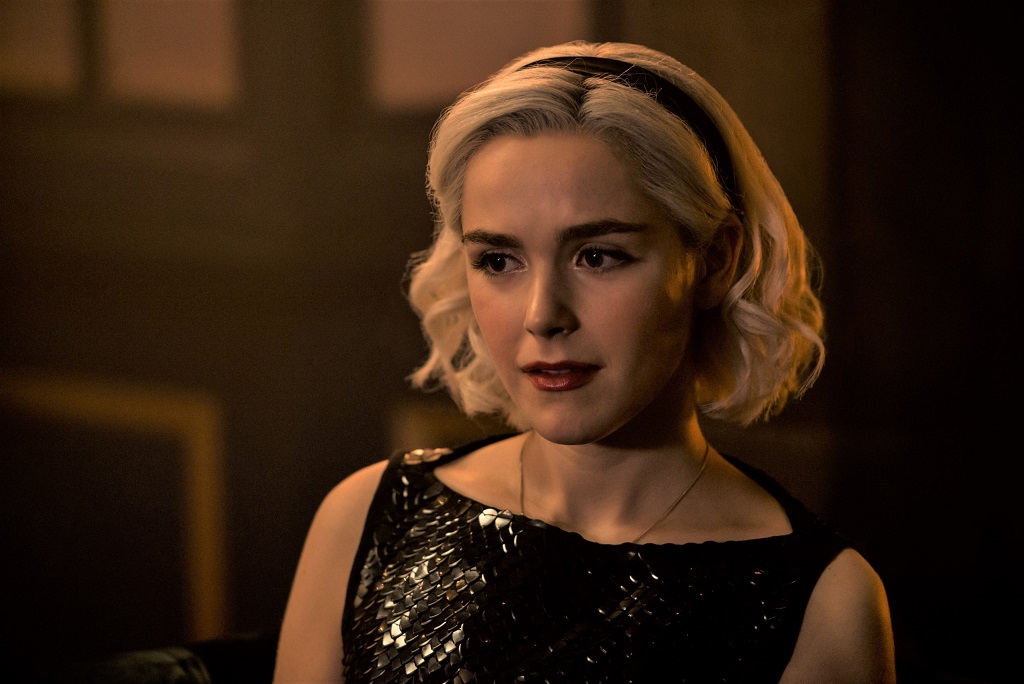 A spellbinding character is heading to Riverdale. Kiernan Shipka, who played Sabrina Spellman on The Chilling Adventures of Sabrina will guest star in the next episode of Riverdale.

In the episode titled “The Witches of Riverdale,” the town’s local witch Cheryl Blossom seeks help from Sabrina in the conflict with Percival Pickens after several of her friends fall prey to his plan. It will air on Sunday, July 10, 2022.

Shipka played Sabrina from 2018 to 2020 during four seasons on the Netflix series. She returned to the character on Riverdale earlier this season when Cheryl reached out to her for help. That episode aired in December 2021, then Riverdale went on hiatus until March 2022.

In May, it was announced that Riverdale had been renewed for a seventh and final season in 2023.